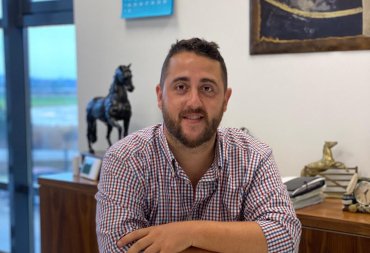 Jorge Reyes took on the management of Avomix at the beginning of the year, and just a few months later the pandemic struck. Taking the reins of the company in this context has been a real challenge, but he has faced up to it with strength and enthusiasm. “My goals are to continue making the company grow, carrying on innovating (one of our strong points) and strengthening the products that we already have such as guacamole, avocado pulp, Mexican salsa… there is still lots of work to do, but we are on the right track.”

In a complicated year, they predict maintaining their volumes. And the fact is that in spite of the serious setback caused by the closure of the Horeca channel (a segment that is now beginning to start up again), the retail segment has responded quite well during these months, particularly during the lockdown. Between March and June the supermarkets increased their orders by 20% and the company responded well to this demand. “We have continued producing on a daily basis. As people couldn’t go out to eat, they bought more guacamole.” This trend has now stabilised, but there is an important margin for growth. “Avocados and guacamole are in fashion. Guacamole still has a long way to go both in Spain and on the other -European markets. It has a long future ahead of it.”

This trend has led many operators to jump on the bandwagon of pre-prepared/pre-cooked foods; companies that are opting for giving value to their products through processing. For Jorge Reyes, it is a logical option that is an incentive for the traditional operators. “Competition is healthy. It is normal for many companies to be attracted by this segment, but it is not easy. Not all avocados can be used for guacamole and it requires purchasing power.” Advantages that Avomix already has, with 20 years on the pre-prepared/pre-cooked market, along with being a subsidiary of Reyes Gutiérrez, a reference in fresh avocados in Europe.

Amongst the latest products that they have added to their range is avocado pulp, which they market in Carrefour and in the near future they will include two new salsas.

They are also working on the restyling of their brands and the launch of an online store.