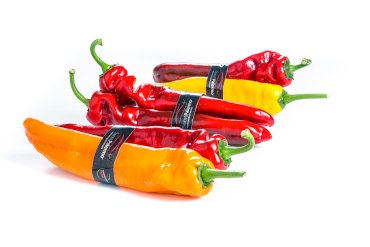 “Whenever we have good raw material, we must take advantage of it; to optimise it, we just have to put our imagination to work.” This was stated by Ricardo Ortiz, sales manager at Rijk Zwaan, in one of the company’s launches prior to Fruit Attraction, where they presented innovations in pre-cooked products with Sweet Palermo. The line has been extended with pâté, jam and vegetable sobrassada made from dehydrated peppers, hummus, gazpacho, and a Meal Kit to prepare dishes easily and conveniently. A wide, varied offer with a common link: all of it is based on the sweetness of Sweet Palermo.

Javier García, Chain Specialist at Rijk Zwaan, advances that they will soon launch another two new products to continue increasing the Sweet Palermo ‘universe’. And in spite of the fact that the consumption of basic products will probably increase over the next few months at the expense of premium categories due to the pandemic, the consolidated brands will have a positive trajectory. “Some chains are reducing their number of references, particularly those that have not had time to become consolidated yet. In the case of Sweet Palermo, we hope we will not suffer from these problems, as it is a well-known product, which is popular with consumers.”

On some markets peppers are a basic ingredient in many recipes and they are benefiting from the fact that consumers are cooking at home more. The Sweet Palermo volume that is used for processing is on the rise, thanks to the introduction of new pre-prepared and pre-cooked products. Additionally, a trend can be seen in the demand for healthier products. On this aspect, and from the nutritional point of view, Sweet Palermo is very special: not only is it a source of nutrients such as vitamins E, B6 or folic acid, it also has a high vitamin C content, over three times the amount in an orange, attributes that consumers are discovering and valuing.

An important part of its success lies in the marketing and communication process. “It is a unique product, different, with a surprising flavour for those who try it and once they have tried it, they come back for more. To awaken their curiosity, the consumers’ attention needs to be attracted.” Recently, they have published a new video, ‘The Sweet Colour’, an explosion of colour, vitamins and flavour and this year they have received two important acknowledgements: the Flavour of the Year Award and the Superior Taste Award.

“When developing our “El Fresco” Gazpacho, we opted for Sweet Palermo peppers because they bring sweetness and an exceptional flavour, without forgetting their high vitamin C content that adds a greater antioxidant power.”

“It is one of the sweetest peppers on the market, with a flavour that is even more intensified when it is naturally dehydrated by our company. In this way, in addition to its sweet flavour, we are enhancing the amount of vitamin C that it contains, higher than that held by citrus fruits, and vitamins A and E, folic acid and magnesium, as well as beta-carotene and potassium.”

“We chose Sweet Palermo peppers because they bring sweetness, they are less bitter than other peppers, with an average value of 7.5º Brix, whilst other peppers have an average of 6º Brix. Other reasons for using Red Sweet Palermo include their thin skin and their intense aroma and colour.”

“Sweet Palermo is not just a sweet pepper; rather, it has reached Brix degrees that are higher than in any other peppers. The versatility of its use stands out and it is another example of UNICA’s innovative vocation. It brings us a more stable demand, markets that are more programmed and organised in production and marketing and above all, greater profitability.”

PrevFrutifresh, reliability on the table
“Purchasing power is essential”Next
YOU COULD ALSO BE INTERESTED IN