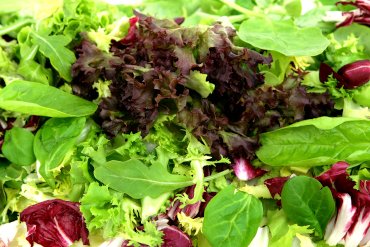 Up to 85,000 businesses in the restaurant and catering trade could disappear in 2020. The sector will take 2 years to recover, with reductions in the pre-prepared and pre-cooked range

Since the beginning of the pandemic, Spanish households have spent 28% more on food, a situation that has seen the supermarkets, local stores and eCommerce as clear winners. However, the total invoicing of the Horeca channel is 28% lower than the previous year, according to the Observatory Study of the Lockdown Easing of Bars and Restaurants, by Fedishoreca, Caterdata and Food Service Institute. In July, some Spanish Autonomous Communities had an opening rate of around 90% and in others such as the Balearic Islands, only 53% of the establishments opened. The tourism sector is experiencing the worst summer in living memory and it is showing some highly negative figures: according to the Egatur (INE’s Tourism Spending Survey), in June only 204,926 international tourists arrived compared to the 8.8 million that came in June, 2019; the total spending stopped short, decreasing by 98.6%; and the spending per tourist dropped by 40.8%, to 651 euros.

The platform ‘Juntos con la Hostelería’ (Together with the Catering Trade), formed by Hostelería de España, FIAB and AECOC predicts that 65,000 business in the catering and restaurant trade will disappear in 2020, and in a worst-case scenario this figure could rise to 85,000. 46% of businesspeople in the catering trade believe that a recovery won’t happen until 2022. How is this situation affecting the agrifood sector and, in particular, the pre-prepared and pre-cooked segment?

Many of the companies that this time last year were forecasting a growth of around 30% for 2020, have changed their forecasts and are now indicating that there is a generalised important reduction occurring.

Cecilio Peregrín, Sales Manager at Primaflor and vice-chairman of Asempal, explains to Fruit Today that, although the sales data in supermarkets over the last few months has been positive, it only “is a relative compensation because the added value of some products and others is different (fresh and processed). The consequences of a drop in the pre-prepared and pre-cooked ranges are greater, because they have an important added value.” In his case, the Covid-19 effect has meant losses of between 20-25% in the pre-prepared and pre-cooked lines, a category that represents 40% of the company’s sales. This figure, which may be extrapolated to other companies in the sector, could be made worse over the next few months if the outbreaks continue to occur and the restrictions and preventive measures are increased, both nationally and internationally.

The shadow of a new lockdown is in everyone’s minds and uncertainty is the new state of mind in which the companies are continuously living. For this reason, now more than ever, it is essential to fine tune the forecasts for the next campaign as much as possible to avoid a potential disaster. “Planting a hectare of baby leaf costs 15,000€. Should we plant the normal surface area or should we focus the strategy more on looking towards a new lockdown? We cannot produce products that we are not going to be able to sell”, Peregrín comments. “We must have a Plan A, a Plan B and even a Plan C to be able to ‘swerve quickly’ at any given time and adapt ourselves to the ups and downs of the demand. Now we are taking a gamble. The recovery of the Horeca channel is not reaching the figures we would have liked and we have to be cautious, but not fearful. Consumption will go from one side to another. People still have to eat.”

It is also still not clear what will happen with groups such as school dining rooms. And this, together with the drop in sales in the catering and restaurant trade, is leading agrifood companies to change their strategies to adapt to the needs of the demand. Therefore, a reduction in the ‘catering’ formats for the Horeca channel is being seen, whilst in the supermarkets, sales of family formats and distributor trademarks are rising.

Cocooning: the home as a fortress

In its analysis of the consumer of the future, Nielsen indicates that due to the economic crisis that is on the way, consumers on a tight budget and those who are well-off will live alongside each other, both with a key, common element: “Their homes have become their fortresses, a trend that has been called ‘cocooning’ (from the word cocoon, wrapping, bubble; it describes the wish to turn the house, food… into protected spaces). 60% of buyers acknowledge that they are cooking and eating more at home; most people spend over 75 hours/week connected to the internet, which gives clues about the foreseeable consolidation of eCommerce for mass consumption.

In the new normality, it is expected that 22.3% of the working population will work from home and the unemployment rate could reach figures of over 20%, which would have repercussions on consumer confidence and on consuming outside the home.

The pandemic has made consumers more concerned than previously about important questions such as health, food safety, the economy or the local origin of the produce. Other factors such as sustainability continue to be very important. Fermín Aldaz, the sales and marketing manager at Florette, explains that all these aspects have an impact when choosing between brands. “Many users opt for brands that offer fresh, safe produce and that help to eat better.”

Before the crisis, products such as guacamole had not reached their ceiling, complete salads, microwavable formats and fruit were experiencing important growth, such as healthy and ‘on the go’ snacks, along with the ‘grocerants’, while more consolidated products such as bagged salads were seeing their curves flatten, with the exception of baby leaf. The evolution of all of them has now become contingent on the evolution of the virus.