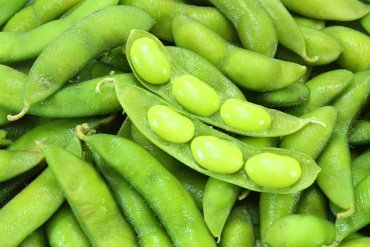 “These varieties are particularly relevant in the Mediterranean region, Valencia, Alicante and Murcia. They are also grown in other areas of Spain such as the Andalusian coast and south-west Madrid, from spring onwards, as the climate and the sandy soils are key elements to get ahead of the production from Central European countries,” comments Juan Andrés Calero, head of oriental product development at Sakata Seed Ibérica.

The main destination for the oriental varieties’ production is Central Europe (France, Italy, UK, the Netherlands and Germany). ‘In recent years, due to the increase in foreigners, mainly Asians, part of the production also stays in Spain, with the most populated regions such as Madrid and Barcelona being the preferred destinations,” Calero adds.

Edamame, the healthy ‘made in Spain’ snack

Edamame beans, until recently imported from China, are now beginning to be produced in Spain by Sakata Seed ibérica, which, with its Dame Hanaé variety, has managed to join together production and quality. “With more and more devotees, edamame beans or unripe soya bean pods are setting a consumption trend and have burst into almost all the supermarket chains, where they have even got to the point of running out of stock,” Calero confirms. They are also very easy to cook and they have a good amount of fibre, vegetable proteins and micronutrients such as calcium, iron, phosphorous and vitamins such as C, K and B9.

Visitors to Sakata’s stand (B11, Hall 8.2) will not only be able to discover first-hand the company’s latest developments presented at this edition, but they will also have the chance to immerse themselves in oriental culture with thematic show cooking, and they will be able to taste delicious udon noodles sautéed with vegetables, a ‘Tokyo Bowl’ or a Pak Choi and edamame bean salad, amongst others.

Regarding other varieties, courgettes, snack tomatoes, peppers and sweet cabbage will be other products that will be presented at this edition of Fruit Logística, which this year has the largest number of exhibitor countries in its history.

Sakata Vegetables Europe is specialised in the breeding and marketing processes of vegetable seeds that add value to all the professionals in charge of the food chain’.