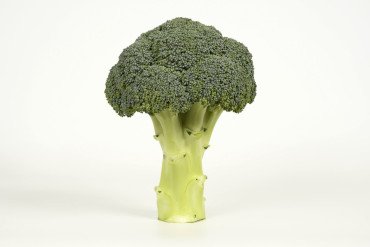 The company’s Shard and Titanium varieties are adapted to mechanical harvesting, the future for brassica vegetables

The new reality in the fields, with increases in labour and supply costs, in addition to the restrictions due to Covid-19, could speed up the transition to a future where machinery and ease of harvesting and packaging become essential factors in broccoli harvesting. Seminis, the brand from Bayer, has been working on this subject for almost 20 years, and, after many years of research and hard work, it has launched a new generation of broccolis onto the market (Shard and Titanium). The company has already managed to become a reference on the broccoli market and it is “ready for change” in a strategic crop for Murcia and very important one for other regions such as Extremadura and northern Spain, according to Luis G. Bonillo, a Brassica Development Technician.

“When our geneticists started this new line of development, they thought that labour could be the most significant problem with brassicas.” For this reason, they focused the research on broccoli varieties that could adapt to mechanical harvesting: raised, very compact heads that are heavy with fine grains and few leaves on the stalks, high production and important stability in the cycle with closely grouped harvesting (between 50-70% in the first cut.)

In the USA, where mechanical harvesting is already in common use, they have the Hancock and Eiffel varieties, and in Spain they have Shard and Titanium, which show better sales results year after year due to their quality, yield and savings in labour costs, as they have fewer leaves on the stalks and the harvests are grouped.

For the Scandinavian markets, Skytree stands out. It is a broccoli variety that is characterised by its morphology, with large internodes and an open head. Consumers can use it fast and easily as florets, using 90% of the product.

They also offer Bellaverde for eating in florets, a broccoli variety of 100% is used, with the extra sprouts being packaged for convenience food.

In another range, cauliflower, the new generation line of Curdivex is being worked on, with varieties such as Marmorex, which remains white for longer than other materials on the market, as well as being one of the varieties with the shortest cycle in its segment. The uniformity of its harvest and less need for protection allow operators to see the produce easier in the fields, speeding harvesting up.