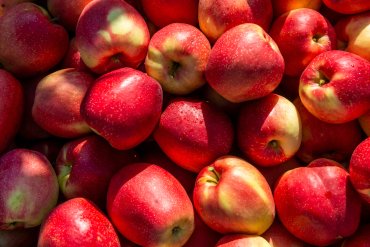 A new club variety, the SweeTango®, reaches the Spanish market after a successful debut on the European markets

At present, five European countries (Italy, Germany, Austria, Switzerland and Spain) have been chosen to form part of the select club, with the contribution of an earlier apple than the Gala variety and with very differentiated characteristics compared to the ones already on the market.

In Spain, the plantations are still younger than in the other countries and therefore, their volumes are more limited, but they will have a growing trend over the next few years. The distribution of SweeTango® in the rest of Europe is increasing every season, with a retailer demand that is greater than its availability.

“SweeTango® is not just an apple, it is a project. The choice of implanting a variety that is so different meant carrying out a very detailed study on positioning, first by a correct identification of the target group, and then by sharing an investment plan amongst the members. We wanted to build a world around the apple, because we believe that consumers could fall in love with the brand SweeTango®, a different brand, which is recognisable on the fruit display, with bright colours that give a fresh image, associated with summer. ‘El verano en una manzana’ (Summer in an apple) is, in fact, the advertising claim that covers the entire communication campaign, from the packaging to the point of sale equipment, passing through the merchandising,” according to Paolo Gerevini, the recently-elected chairman of SweeTango® Europe.

This season, the SweeTango® sales campaign will be backed by the presence of articles and advertisements in the European press, as well as by an important engagement project through the official channels of SweeTango® Europe. During the last campaign, a total of over 2 million users were reached through the campaigns on Facebook and Instagram. This year, the strategy will concentrate on transmitting the image of a fresh, crunchy summer apple, #summerinanapple, with a creativity developed on Feed&Story for both Instagram and Facebook.

“Three years after its debut, its positioning remains in the premium segment, consumers recognise its unique characteristics and flavour. It is a beautiful, delicate fruit, as we pay maximum attention throughout the supply chain, from the fields to the table. The result is a product that is completely premium, with an excellent sugar-acid ratio, a ruby red colour, thin-skinned, crunchy flesh and everything combined with a unique bite experience,” Gerevini comments.

SweeTango® is the registered brand name that identifies the Minneiska early apple variety developed by the breeder David Bedford from the University of Minnesota.

It is a natural cross of the Honeycrisp and Zestar varieties, which was introduced for the first time on the Swiss market in the summer of 2015, aimed at developing a future plantation project in different European countries.

Suitable for summer-autumn consumption, this apple is the first to ripen, one or two weeks before the Gala, putting it in a perfect period when the demand for newly-harvested fruit is high. In fact, SweeTango® can be found in shops from mid-August until the end of October.

The European group was founded in 2018 and this was the starting date of a joint project for a coordinated crop and marketing plan on the Old Continent.

An apple treated with great care

All along the chain of value – from the tree to the shop– SweeTango™ apples are treated with great care to safeguard their unique appearance and flavour. The creation of a new apple variety is a slow and complicated process. It can take decades to reach the desired goal, carrying out different crosses. The SweeTango™ trees are planted by hand and they are delicately cared for during their first 12-18 months of life. Later on, they are moved to larger local plantations, where they are given nutrients, water and sunlight and they are protected from pests and winter frosts. The SweeTango™ trees have thick foliage, which make it more difficult for the apples to ripen. A young apple tree can take up to 3 years to bear fruit.

From mid-August until November, SweeTango™ is harvested very carefully by hand. Each apple at its time, that is to say, they look at the trees individually several times to control the colour and flesh of each fruit.

PrevPoma de Girona, a model to follow
“We are going to see a revolution in the apple world”Next
YOU COULD ALSO BE INTERESTED IN