The agro industry of the future 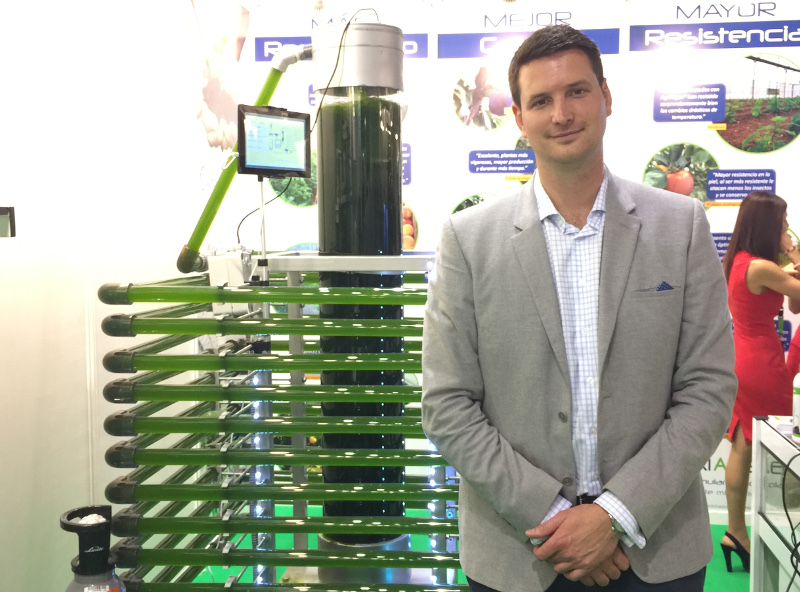 Micro algae bring about increased production and quality in crops such as stone fruit.

According to data from the NASA, over 50% of the oxygen on the planet is produced by micro algae. These microscopic photosynthetic organisms are the most efficient bio fixation element in existence. The company AlgaEnergy consolidates over 4 decades of knowledge generated in the main universities of the world, with the Spanish ones at the head, and has applied this knowledge to the agricultural sector, becoming a worldwide reference point on this subject, which Carlos Rodríguez-Villa, general manager of the company, considers to be the “agro industry of the future.”

As a result of 6 years’ research, they have developed AgriAlgae®, a range of biostimulant products, which may be used for all kinds of crops (it is certified for Ecological Farming). It is a nutritional supplement based on a micro algae compound that makes plants assimilate the nutrients applied to them better. Using very small amounts, “exceptional” results are obtained, both regarding yield and quality (better colour, higher level of sugars, tougher skin…). A clear example of this is stone fruit and, in fact, many companies are already using AgriAlgae®. “In this type of crop, there is a problem with animal amino acids. In order to be able to use them they have to be subjected to very aggressive processes and the amino acids experience some changes that in stone fruits can become toxic and literally burn the production. With our product, they maintain their characteristics, with some amino acids that the plant knows how to recognise and use, bringing greater quality, setting rate, fattening, brix degrees, colour, tougher skin… And all of this with a very reasonable price, which provides more kilos per hectare,” Rodríguez-Villa affirms.

The success of the products have led the company to market its range in destinations such as China or Kyrgyzstan, and they are already opening up markets in Japan, Vietnam and Latin America. They are also present in much of Europe, South Africa and their next target is to open up trade networks in North Africa.

AlgaEnergy has two production plants, one in Madrid and another in Arcos de la Frontera. In the second, it has integrated a circular economy system along with Iberdrola. The energy company channels its CO2 emissions to cultivate the micro algae, since this is the main nutrient of these microorganisms, which is fixed using photosynthesis, with the subsequent benefit for the environment. For every 5 l of AgriAlgae® used by a farmer, he has also contributed to eliminating up to 2kg of CO2 that, in another case, would have been issued to the atmosphere.

Parallel to this, AlgaEnergy is working alongside over 120 research companies all over the world on programmes with a total investment of around 60 million euros.

PrevAnserlog: Complete traceability
Agro Selections Fruits, an example of renewalNext
YOU COULD ALSO BE INTERESTED IN