The boom in Asian vegetables 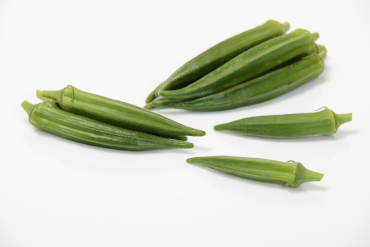 Pak Choi, Chinese cabbage, edamame beans or okra are some of the oriental vegetables that are finding places in the European and Spanish distribution sector

These vegetables are still mainly unknown by western people because their great consumers historically have been the oriental population living in Europe. However, every day these ‘ethnic’ vegetables are becoming more present on the supermarket shelves.

Although they are products that are common in supermarkets of countries such as England, where the convergence of different cultures is a social reality, in Spain it has only been feasible to sell then in small retailers owned by immigrants. However, today the large supermarkets are beginning to stock a small amount of these vegetables.

The growing of these vegetable varieties (pak choi, Chinese cabbage, chives, edamame beans, okra…) has become relevant, from autumn to spring in the Mediterranean area and along the Andalusian coast. From this point onwards, the crops extend through the inland areas of mainland Spain (southern Madrid, Granada…).

An increase in the demand, but without any reliable statistics

The sector is experiencing an upward trend and marketing companies that are specialised in other vegetables have opened up lines for these vegetables due to a constant, rising demand.

However, it is difficult to find reliable statistics for these crops, since in the official statistics (MAPAMA), oriental crops are included under the heading “Other Vegetables”, in spite of the fact that their cultivation and consumption has been spreading all over Europe since the mid-1970s.

Juan Andrés Calero, Manager for these crops at Sakata, affirms that “this recent interest in ethnic vegetables is due to two important reasons: their healthy perception, which benefits from the communication work by chefs and influencers and a growing interest by farmers to diversify their vegetable productions with materials that are not difficult to grow.”

Accordingly, Sakata Seed Ibérica has always been committed to a healthy diet and it was one of the pioneer companies introducing oriental crops into Spain, amongst which the following stand out:

PrevCampojoyma, the world leader in bio Chinese cabbage
Koppert is launching its new brandingNext
YOU COULD ALSO BE INTERESTED IN