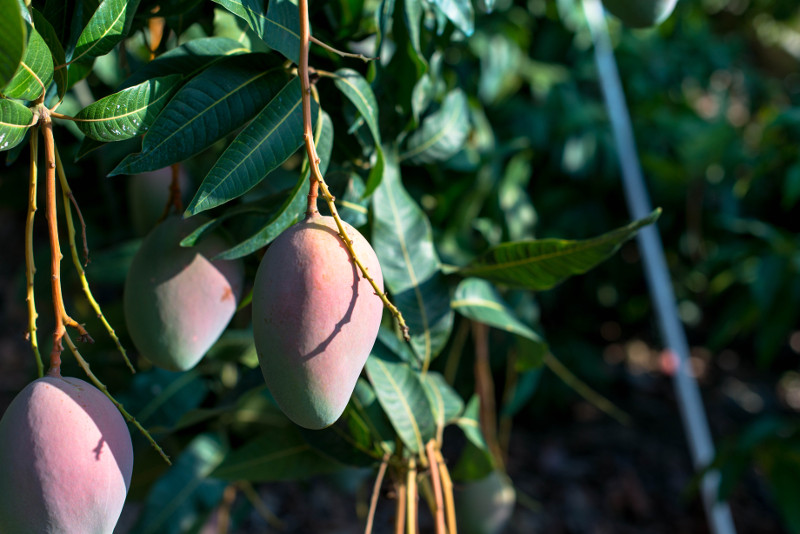 Growth has reached, once again, double digits in the company managed by Enrique Colilles due to its commitment to verticality and expansion on the Spanish Mainland

During this financial year, the largest mango and avocado cooperative in Spain will grow once again by over 10% thanks to its business strategy of vertical diversification. An intelligent commitment where priority has been given to the specialisation in its two star products, along with the creation of new products based on these, such as the Ballix Gin (mango-based) and the important new development that they will present at Fruit Attraction: the Mangocello, a drink inspired by the traditional Italian limoncello, with mango as its main ingredient, with which Trops once again is showing signs of its innovative zeal. This reference will have a prominent space on its stand (5E03), as well as fresh fruit, which will take on many shapes and sizes in the hands of Dani García, the award-winning chef, who will be responsible for presenting the recipes that he has created exclusively for TROPS during this campaign on the first day of the trade fair. Another of its ongoing projects is the extension and modernisation of the Frumaco guacamole factory (Trops is the majority shareholder), for which they have made an investment of 1.5 million €, and which is located in an area adjacent to its operating centre.

Trops is growing on the Spanish mainland

Trops’ other mainstay is its operating capacity, in terms of volume. With around 50% of the national mango production, it has no competitors. And in the case of avocados, it continues to add surface area in new regions that allow it to sidestep the water problems in La Axarquía and Costa de Granada. “We are growing a great deal with our own producers all over the Iberian Mainland,” says the manager, Enrique Colilles. From this campaign onwards, they will open up new installations in Tavira (Portugal), which in the first phase will have 4,000 m² and in the second phase will reach around 7,700. And they already have produce in Cadiz, where there is an area marked out for this crop and in Huelva and Valencia, also with interesting projects. “In general, things are going well, but we’ll have to wait and see whether the quality is up to our requirements.” With good reason, the company’s greatest pride is “not having any complaints” at the end of the campaign and this is only obtained by maintaining maximum levels in quality standards.

For 2018/19, their sales forecasts are of around 15 million kilos of mangos and 20 of avocados, reaching an invoicing of around 90 million euros. Additionally, to promote consumption, they have joined the World Avocado Organisation (WAO), becoming the first European producer to become a member. “We are going to invest € 200,000 in promoting this fruit. To be able to go further, we must stop labelling it as a tropical fruit.”