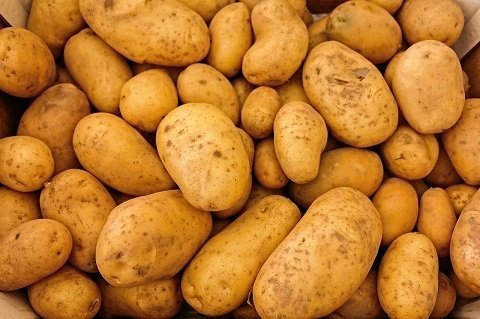 While the pandemic is generating stress in the potato supply for industry, the harvest by the main European countries is coming to an end.

In Germany, the harvest of varieties for fresh produce has virtually ended, with the exception of some regions such as Bavaria or North Rhine-Westphalia. In general, a large part of the production has been affected by phytopathological damage, reaching over 50% in some cases. A considerable amount of produce is being used for animal feed or biomethanisation.

The situation of the processing factories is waiting to see how the pandemic develops and is highly affected by a reduction in the activity in the case of greater restrictions that directly affect the hotel and catering trade. However, sales in the large supermarkets continue to be fluid.

In the United Kingdom, the demand both for industry and for packaging has been slowed down by the uncertainty and relentless increase of the pandemic. The harvesting conditions, due to the weather, have varied depending on the different counties and on how the rainfall has affected them.

In general, the current situation involves little demand and low prices, giving priority to storage, although with specific spikes for industry, particularly for the Maris Piper variety.

Meanwhile, the country is experiencing a generalised drop in surface area of around 2.3%, with 117,470 productive hectares. Eastern England is the largest producing area with around 33,400 hectares and Scotland reaches 25,700. The current drop in production area was only less than decreases in 2015 and 2016. The varieties for crisps and for fish & chips are the ones that record the largest drop, with 4,100 hectares.

There were stressful situations regarding the supply for factories in mid-October due to difficult harvesting conditions. The access problem to the plots of land when they had to cover urgent requirements caused transactions of 5 and 6 €/q of produce.

In the fields, the progress of the harvest, for the abovementioned dates, is estimated at 50% of the total, varying in terms of the producing regions. Therefore, the north had harvested 40% of the crop; 55% in the Picardie region; 98% in Champagne and 65% in Normandy. Exports to Spain, Portugal and Rumania continue to take place, but they still lack force. The main obstacle, according to the French exporters themselves, is the problem of transport.

Potatoes used in industry continue to show little momentum, with few free transactions being defined. The second wave of the pandemic is causing a great deal of uncertainty on the world markets for end products. The impact of the steps taken by the Belgian government directly affects the fresh chip market (products eaten in hotels, restaurants and cafeterias.)

As the harvest progresses, the Belgian offer continues to grow, but the export markets for fresh produce, (in October) remain very inactive.

In the Netherlands, factory supplies were never in any danger and the improvement that occurred to the harvest conditions in mid-October allowed the markets to calm down again. Industry has been paying 3 and 4€/q for the surplus tonnes, depending on the variety.

The export leadership to Africa has been very strong, closing the season with 150,547 tonnes, although this shows a decrease of almost 10,000 tonnes.

The Caribbean countries continue to be loyal to the Netherlands and they purchased an extra 4,400 tonnes from them, reaching 16,865.

On the other hand, fresh potatoes for the large retail sector are experiencing a normal situation, compared to a highly pessimistic perspective of the central markets due to the closure of hotels and restaurants. The prices for tender pulp varieties range between 10 and 12€/q and 16 and 22€/q for firm pulp. Exports to Africa and the Caribbean have followed their normal course with prices that have not seen any excessive variations, from 5.50€/q to 9€/q in the fields, to around 8.50 to 12€/q graded in large sacks or in sacks for export.

The Spanish harvest is coming to an end in Castilla León, the largest producing region. The rainfall forecast in week 43 urged potato producers in Salamanca, Zamora and Valladolid to speed up the harvest, with a large part of the production being virtually finished. The crops remaining in the fields correspond to areas with lighter soils that do not cause any problems when harvesting. In the later-producing regions such as Burgos, almost 80% of the potatoes have already been harvested and the province is on the way to the final phase of the harvest.

The yields are between 15 and 20% less than last year’s, but the potato quality is good and has no health problems.

Regarding prices, these are marked by the imports from France and Holland; that is to say between 15 and 18 cents per kilo, plus another 6 cents that might represent transport. “The potatoes are arriving at highly competitive prices and with a quality that is equivalent to Spanish potatoes, therefore we must accept it because we are part of the European Union and at other times of the year, Spaniards take potatoes to the countries that are now selling to us,” explains Cosme Catalán, from Interagro de Patatas.