The Sahara, Crimea, Airbus-Boeing… The list goes on and on 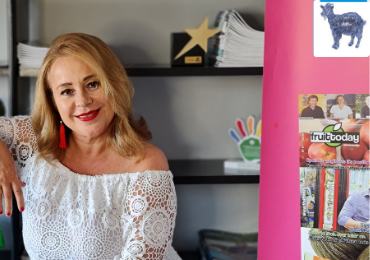 The words used in this headline have a concept in common, ie, geopolitics.

Geopolitics is, often, perverse. It is becomes a bargaining chip with other sectors that are not directly linked to agriculture. Or maybe they are and I have got it all wrong.

Who suffers the consequences of highly significant decisions in this globalised world? Chances are, it is our sector, which is called ‘strategic’ in general, ‘essential’ when there is no choice and ignored and put in second place at other times.

As we are about to close this edition, our relations with Morocco continue to be on high alert, even when Germany has sent out a lifeline to us. Meanwhile, the Western Sahara, producing falsely labelled ‘Moroccan’ material is destroying the Spanish tomato market and the same will happen with melons in the near future.

The blessed E.U., which in the foundations of its creation put agriculture at the centre of everything so that Europeans were the masters of their food and would never again go hungry after the Second World War!

And what can be said about Russia? The Cold War is experiencing its second wave and this summer it could get more intense in the Black Sea. If we ever return to their market, there will no longer be any room for us. The agricultural development of the Southern Republics has advanced so much in varieties and technology that there will be no reason to buy from Europe, from Spain, as they already have it all themselves.

During the last campaign, Brazil, the key country for sales in plums and also garlic from Extremadura, put one over on us with a fishing matter, which was never openly clarified. Fish against plums. This was the duo and the market closed.

It is not all bad news, because during Biden’s visit to rethink his relations with Europe, the lifting of the ‘the agricultural duties’, which the outrageous Trump imposed due to a question of aircraft, has been finalised. And just this month, although only in trial mode, we have opened the way to India for citrus fruit.

It is true that, as things are looking at the moment, we will have no other alternative than to look for new destinations, but with the current shipping situation and their prices, we might need to think twice about this. And this is how things stand in the present world order.

PrevAndrés Góngora, Spanish National Manager for F&V at COAG
Bejo is “intensively” growing in AlmeriaNext
YOU COULD ALSO BE INTERESTED IN