The success of Monarca’s Orange Candy 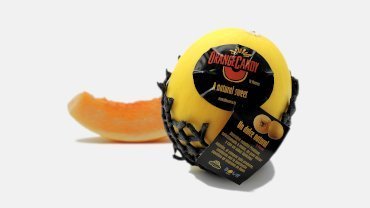 It has produced over 200,000 kg with this melon speciality and will close the summer melon and watermelon campaign with 18 million kg

In 2018, the Murcia company Frutas y Verduras El Monarca exceeded its expectations for melons, reaching 16 million kg, and for 2019 it has continued to increase its production by between 18%-20%, now approaching 18 million kg. This important rise has occurred particularly in Piel de Sapo melons.

This rising evolution is repeated in other categories: with Blanca de Tudela artichokes they have increased by 35% (particularly in national sales); and the Calicó (commonly known as “French”) has been a complete success, as they have gone from having no production to reaching 1.5 million € in invoicing, with the sales being mainly concentrated in French supermarkets.

Its current strategy involves diversifying its catalogue, adding bio versions of piel de sapo and yellow melons and a speciality, the Orange Candy (from Seminis), with which this campaign they have exceeded 200,000 kg of production, and next campaign they expect to reach one million. Additionally, they are studying the possibility of including a white-skinned melon with green traces, known as Snow Leopard in the short or medium term.

When incorporating new materials, they opt for the ones that provide a bonus in quality. “We are committed to new varieties and we are trying to open up markets based on flavour, although the yield for the variety might be low.” This is in line with demands made by consumers, who are looking for innovative products and as a “trend, with flesh that is reminiscent of oranges, lemons and citrus fruit in general,” the manager explains.

This is the first campaign in which the team from El Monarca are directly in charge of carrying out the handling for the ecological line, an important step for which they have had to adapt an area of the warehouse, establishing a production line that is completely differentiated and separate from the conventional production area.

“Marketing ecological produce is a response to consumer trends. Europe is our main market.”