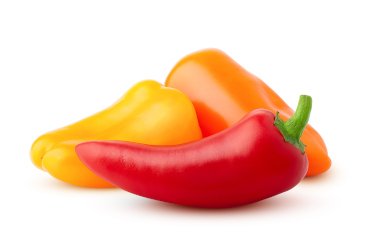 Pepper price stability attracts producers. In the case of Unica, it will add 5% of surface area due to the incorporation of new associates.

For Loli Rodríguez, in charge of sales and California peppers at Unica, the positive evolution being experienced by peppers is, to a large extent, a result of the removal of tomatoes. As opposed to this material, peppers enjoy stable prices (with an average of 0.79 euros/kg in 2019/20 according to the Andalusian Regional Government). “The success is there. At the end of the campaign, the farmers do the sums and the numbers all add up. Additionally, it is a product with significant consumption, a basic” in the shopping basket.

In 2020/21, Unica is extending the pepper surface area and it will grow by 5% in this segment compared to the previous year due to the incorporation of new associates. Currently this reference makes up 15% of all its products. The California type is the largest volume grown, and they have the entire range available: yellow, red, orange and green. “The three-colour flow pack continues to be the bestseller abroad; and loose, red peppers are the most popular in the EU, followed by yellow and green peppers.” Loose orange peppers have a residual volume.

In its portfolio, spicy peppers are also very important, and other specialities such as Sweet Palermo and Sweet Bite are also rising. In all of them, they are keeping control over the growth of the volume. “We are controlling the plans to ensure that the market does not become saturated, meaning that profitability could drop,” Rodríguez explains.

To give a complete service to clients, they also have conventional and ecological produce available 12 months of the year. However, competition from sources such as Holland during some of the sales windows is having an increasing effect on the campaign in Almeria. “With their technological greenhouses, they determine the start and the end of the year and they are lengthening their campaign due to climate change. They already have peppers until the end of October, and while they are on the market we cannot enter. Starting with the fact that their transport expenses are much less than ours (they are in Central Europe).”