Resistances added for a straight flush 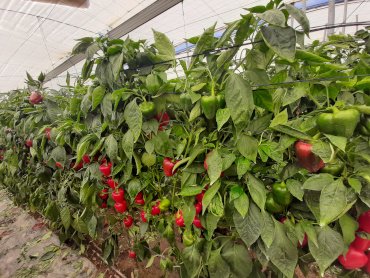 Enza is adding new materials with resistances to powdery mildew to its California pepper catalogue.

Enza Zaden’s extensive California pepper programme for Almeria continues to expand with new varieties that are seeking solutions for farmers and companies who now also want a high level of resistances in their plantations.

Two years ago, it added its first variety with resistance to powdery mildew, Calcio, to its yellow California pepper catalogue, which had already been consolidated with varieties such as Celaya, Cartujo, Carmelo, and Cazorla. Calcio has a G-GG calibre and is recommended for early cycles. This campaign, E20B.10289 will be revealed as an addition to the family of yellow peppers with resistances. It is an early variety, with important production throughout the cycle and significant setting in hot weather, a perfect yellow California pepper with resistance to powdery mildew.

But, without any doubt, the most important new development for this campaign is in the largest pepper segment, red California, where Vanadio is being presented. A red pepper that is resistant to powdery mildew, with a high production level and that has a perfect size for flow packs. The variety focuses on plantations in mid-July, with calibre G homogeneous fruit. Additionally, for organic farmers who want 100% ecological traceability in the production process, Vanadio is also available in 100% ecological seeds through the brand Vitalis Organic Seeds.

The orange California pepper market closes its straight flush with a positive trend in recent years, where Enza Zaden holds a dominant position. The seed company has a benchmark programme in this segment with varieties such as Magno, Tabor, Mozart or Liad, to which new varieties with resistances are being added now, particularly a new orange pepper that is also resistant to powdery mildew, which may be seen this campaign.

For further information about the company’s varieties and to see them in the fields, Enza Zaden invites you to contact their technical sales team. Book your appointment now for this campaign.

PrevPink Lady®, a promising season
“The success of peppers is a collateral effect of the drop in tomatoes”Next
YOU COULD ALSO BE INTERESTED IN