The tomato is becoming smothered 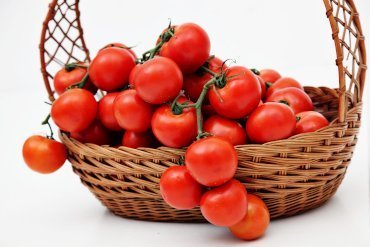 Specialities are now less profitable, as happened to conventional large tomatoes. Is there a future for this category?

The largest tomato producing area in Spain, the province of Almeria, started the new 2019/20 agricultural campaign with bad news. This crop, until recently the “star” of the farming sector, has once again dropped in surface area to 8,790 hectares, 765 less than last campaign, when there were 9,555 hectares, according to figures from the Territorial Farming, Livestock, Fishing and Sustainable Development Delegation of Almeria. This figure means a drop of 8% and it is similar to the 10% reduction that the seed companies estimate, according to sources consulted by Fruit Today.

The downswing that has been seen over the past few campaigns contrasts with the rise of other products, mainly peppers, which have reached the top of the podium with 11,570 hectares, 445 more than in 2018/19 (11,125 hectares), a 4% increase. The dreaded ‘sorpasso’ has become a reality and the tomato situation is frankly pessimistic.

The different links in the chain are toiling away, looking for a way to put out a ‘fire’ that has many different fronts. The plant breeders continue looking for varieties with greater quality (mainly understood to be in terms of flavour), and that also have greater resistances and improved post-harvest to stand up to the ‘journey’ along the food chain. At the same time, they are trying to give consumers this touch of innovation that they are demanding, but what are they looking for exactly? After extending the palette of colours, sizes and flavours, now the clearest trend lies in the development of functional materials. Examples of this such as Syngenta’s Yoom are already on the market, along with others that are on the way.

At Seminis (belonging to Bayer), research is being carried out in different directions and they indicate that one of the most important aspects is “to go hand in hand with the chain.” And the fact is that, as Luis García, Market Development at Bayer, indicates, “It is very complicated to improve specialities because there are no clear guidelines.” An example to follow could be “the marmande market, which is maintaining its market and growing because the farmer sells it under his name.” “The idea is to have greater quality, although there are fewer kilos and this maxim should be applied to the other specialities,” he qualifies.

When talking about marmande brands, the strongest one is Adora, from the seed company HM.CLAUSE, a variety that has harvested an important success in a short time thanks to its flavour, external presence and a post-harvest that allows its export with full guarantees.

And within the specialities that give up most kilos in favour of the desired organoleptic quality, the work by La Palma with Amela should be pointed out, as may be seen in the following pages of this Tomato Special. Alternatives such as this one are very expensive and need strong backing and a very careful strategy. “The retail sector has realised that flavour is very important, but at a reasonable price,” Carmelo Salguero, the company’s sales manager, explained to Fruit Today. Additionally, when marketing a speciality with a specific brand, they must be able to always offer the same flavour. “Consumers do not forgive a brand’s mistakes. And in perishable produce, this factor is very important.”

Does specialisation mean everything?

According to Juan Segura, the chairman of Coprohníjar, the answer is no. “The specialities are becoming smothered, as happened to conventional large tomatoes.”

Farmers’ profit margins are becoming increasingly smaller, while the costs continue to rise. The most recent example, the increase in the SMI, once again challenges the double standard used to measure national produce and articles from third countries. “Picking 1 hectare of cherry tomatoes here, in labour and social security expenses alone costs over 5€/m², and I have visited other countries such as Morocco where this doesn’t reach one euro. Therefore, it is impossible to compete. Additionally, audits and analyses of all kinds are demanded of us, but this does not apply to other sources,” Segura complains.

“If no work is done on this topic, I don’t predict much success for tomatoes, particularly cherry tomatoes. They need a great deal of labour, the social security costs are very high and, added to this, there is unfair competition from other countries, not just Morocco, but all the others from the Mediterranean Basic (Tunisia, Egypt…). The EU should be looking more at what it has inside its borders than outside them.”

Our sights should also not be taken off the main rival from inside Europe. “Holland is also moving forward and is covering more of the winter months with vine tomatoes, and it is beginning to plant cherry tomatoes, mainly round ones, because possibly they see more market for them than for the plum type.” It is the indisputable leader in innovation and this allows them to increase their yield per square metre fivefold compared to Spanish crops.

At BioWorld, Job van den Berg, the managing director, indicates the enormous difference between Spanish farms, with a production of 10-12kg/m² in long cycle vine tomatoes and the Dutch ones, with almost 50 kg/m². And the R&D isn’t stopping. “In 5 or 10 years, Holland could have all its greenhouses automated. If Spain were to take a step further in the professionalisation of the sector, it would mean significant growth.”

Urgent solutions need to be found both for the problems that are already existing and the ones to come in the future (the damage caused by Yellow Leaf Curl Virus should not be forgotten, or the latent threat of the Tomato Brown Ruose Fruit Virus – ToBRFV), which involve an added investment on the subject of prevention. And it would be a good idea to continue promoting awareness campaigns about the values of national crops, as Hortyespaña did with the campaign ‘Greenhouse Crops’ and FruitVegetables EUROPE (EUCOFEL) is doing now with  the most recent ‘CuTE, Cultivating flavour’ campaign, to show European fruit and vegetable production to European citizens.

In Central Europe and in the Nordic countries, they promote their own produce and the enormous differences in price between local and foreign produce can be seen, with trays of 200 or 250 gr of cherry tomatoes at 6.5€, compared to the 5€ of Spanish tomatoes. A very different mindset that results in a 30%-40% difference.

PrevAmela®, a turning point for tomatoes
Development of the Regal’in™ brandNext
YOU COULD ALSO BE INTERESTED IN