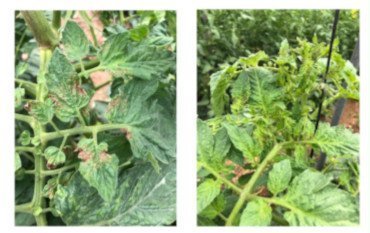 It was a looming problem and the worst suspicions were confirmed on the 22nd of November. After a first analysis and subsequent counter-analysis that certified a positive result for ToBRFV (Tomato Brown Rugose Fruit Virus) in a greenhouse in Vícar (Almeria), the Department of Agriculture from the Andalusian Regional Government passed on to the Ministry of Agriculture the notification of the first case of rugose tomato virus, activating the protocol established by the European Union, which since the 1st of November had officially declared Europe to be in a state of quarantine (Q status).

This is the first detection of this virus in Spain, which had previously been found in other European countries such as Germany, Holland, the United Kingdom, Italy and Greece.

Fruit Today talked to the Department of Agriculture, Livestock, Fishing and Sustainable Development from the Andalusian Regional Government, which launched a message of “calm”. “From the very first moment when the first suspicions arose, the appropriate steps were taken, isolating the farm and then pulling up the crop”. From the Department of Agriculture, they emphasise that the Regional Government has the support of the top experts in virology, both from the Ifapa and from the Network of Vegetable Production and Health Laboratories, and which has the material and human resources necessary to isolate and eradicate this organism. What is the sector’s opinion about this threat? How are the companies acting? Authorised voices tell us all about it.

“The tomato will not be destroyed”

Fortunately (or unfortunately), we have already been through other similar crises in Almeria that have forced us to take effective and drastic steps to ensure that this type of disease does not spread. We think that the virus is going to be kept at a controllable level. It is going to affect tomatoes, but not dramatically, it is not going to destroy them. If we all act as one, we are going to be capable of restricting it and ensuring that its effect is quite limited. But, as always, we must get ready for the worst and hope for the best.

At Unica we are developing a plan of action to anticipate any crisis that could arise, with preventive and reactive steps.

“We are afraid, but there are worse things on the horizon”

We activated a protocol at the beginning of the campaign. We are afraid. We don’t know its effects and we are being watchful and waiting. It might afflict us for a few years, but research is non-stop and resources will be found to resolve it. For me, the real problem for the sector is the competition from third countries. This is so brutal that is causing a great deal of damage. Either we take steps or we are going to suffer. If profitability is already at an all-time low, this year’s prices and the minimum wage are destroying the sector. We are making incredible investments in all concepts, but agricultural produce cannot hold on much longer. We must take our protests to the highest levels. It is not enough to only protest here.

“It could change the way we work”

It is still too early to know how we can live with the virus. Only one case has been confirmed and is being eradicated, but apparently it is not sweeping through the crops as was predicted in the worst scenarios. In Israel and Holland, it was much more harmful than other similar viruses such as the PepMV. We don’t know how the virus will appear in our conditions, but it would force us to change the way we work, using strict hygiene protocols, adapting the greenhouses, rotating the crops more frequently or producing more using substrate. We would also have to carry out disinfection processes (machinery, tools, boxes…). We have known about this potential danger for over six months now and we had warned about the need to carry out controls over vegetable material and seeds coming in from abroad. Our laboratory, Labcolor has been carrying out analyses since the beginning of the campaign to guarantee the absence of virus disease.

“Its danger lies in its high persistence”

The presence of ToBRFV causes a high mortality for plants and the symptoms mean that the fruit are not marketable, which could mean important economic losses for the producers who are affected, as happens with other virus diseases. It seems that the danger of this pathogen lies in its high persistence and in the ease with which it is transmitted. In our company, we have taken all kinds of steps to prevent it. Mainly communication, control and monitoring of all our farmers and their farms, through the technical department and a strict prophylaxis and hygiene, with steps such as the ones notified by the Regional Government.

“We are on full alert to help our associates”

We trust that our experience in the fight against other viruses and that the stipulated prevention steps will be enough to prevent important damage. Although we are faced with a new problem and we never know how it is going to behave and the impact it could have. As a cooperative specialised in tomatoes, we have been working to offer information and practical advice to our farmers since the last campaign. We have developed talks for the associates and we have trained our own technical personnel to know about this threat and be able to give professional advice about it. Last spring, we carried out a seminar where we had specialists who passed on their valuable knowledge to us. Recently, we have published an informative booklet that includes the main recommendations to prevent contagion. Our Quality Assurance and Technical Departments are on full alert regarding all the new developments to help the farmers in CASI in the best way possible.

“We are informing our farmers of how to prevent it”

Today we have no record of the presence of this virus on any of our farms, or of on those belonging to our farmers. In our province there has only been one isolated case. For this type of virus that is transmitted by contact, detection and prophylactic steps must be taken (disposable lab coats, gloves and foot coverings, disinfection of footwear in anterooms, control over visits…). Information on this subject will be put on the group’s website and app and if necessary, we will carry out informative seminars for the farmers with produce that could be affected.