“There is a shortage of leafy produce” 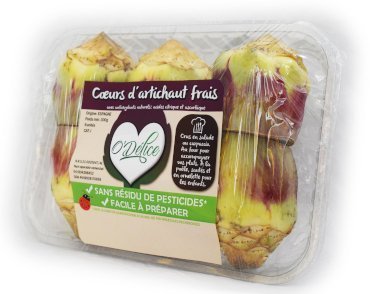 Rainfall in September that affected the mountains and caused the crops to rot; cold weather along the coast and strong winds in November that slowed down the growth of the harvest. The adverse weather conditions are making this campaign quite complicated and Cuadraspania, the main curly endive producer in Europe, is doubling its efforts to meet its commitments with its clients.

From the beginning of the 2019/20 winter campaign, “there has been a shortage of produce”, according to Géraldine Cuadras, Manager of the Sales Department. This is one side of the coin, where the other side is the price, but will the latter make up for the former? “In the summer, the opposite occurred, there was a great deal of produce, but the prices were low,” meaning a difficult quarter (July to September).

Another subject that is causing concern is water. But Cuadras prefers not to anticipate events, “after Christmas and the spring we will see what happens.” The initial forecasts that had been given for this campaign included exceeding last year’s production (50 million heads) by 10%, and 10% extra in invoicing (23 million € in 2018/19) including all its references: endives (frisée, curly and smooth), Little gem hearts and violet artichokes.

In a global context where curly endives, its star product, is tending to drop on the markets in favour of other leafy products such as Little Gem (this is not yet the case, due to the company’s high specialisation), Cuadraspania is backing greater specialisation in its key products. It is currently developing the last phase of a collaboration project with the University of Murcia to produce and market Fresh Cut artichoke hearts. “In the near future we will start sending samples to validate the process and its commercial acceptance,” Cuadras advances.

This format helps with produce preparation and is mainly aimed at young consumers and those who are not accustomed to eating this vegetable fresh, such as people from the Scandinavian and Eastern European countries. It is a ‘unique’, 100% natural product, which maintains all its nutritional and flavour qualities.

To start this new line up, the company has invested € 400,000 in the project, including the research and the start up of a pre-prepared food production line.

PrevToBRFV: What is the sector’s opinion?
Hybrids are revolutionising the lettuce sectorNext
YOU COULD ALSO BE INTERESTED IN