Tropical fruits are taking over Huelva 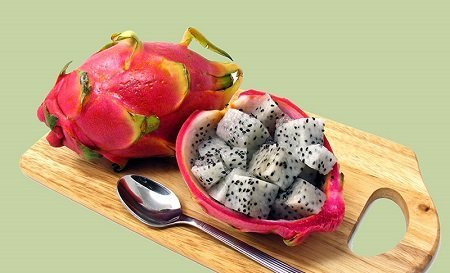 Fruit and vegetable production in Huelva, for many decades centred on strawberries and citrus fruits (in addition to the traditional olive groves), is seeing a progressive diversification

The Berry category was extended to raspberries, blackberries and particularly bilberries, which continues with its significant growth.

Almost simultaneously to this new range of fruit, the first tropical crops were started with avocados as the flagship, followed by the pitaya, a fruit that offers incredible development possibilities, due to its little need for water.

Fruit Today had the chance to talk to Alberto Garrocho, head of the Cooperativa de Pitayas de Andalucía and also chairman of Freshuelva.

The organisation is facing up to its second year selling this tropical fruit, on a market where the fruit is still unknown, but where it has a great consumption potential.

“The plant of the pitaya is highly attractive in environmental terms because its water consumption is very low,” according to Garrocho, chairman of the Cooperativa de Pitayas de Andalucía, which brings together farmers from Huelva, Seville, Cadiz, Malaga, Extremadura and even Portugal.

Although the plant does not look like a cactus, it actually is, with few spikes, long stems and brightly-coloured flowers. Depending on the species, the pitaya gives a red or yellow sweet-flavoured fruit. It is also known as dragon fruit.

The cactus extracts humidity and nutrients from bark and it also adapts very well to periods of drought and to the soils of Southern Spain.

It is a fruit that has no specific sowing period, meaning that more and more farmers are seeing the advantages that this would bring. “The process starts at the end of June and the harvest lasts until the end of December,” Alberto Garrocho explains.

The Canary Islands, pioneers in its introduction

In Spain, dragon fruit has existed for the last 7 years, when the Universidad La Laguna in the Canary Island started a project to grow it on the island. Thanks to this project the Cooperativa de Pitayas de Andalucía was able to introduce it, in turn, to mainland Spain. “We started growing it 4 years ago and currently the cooperative has around 30 hectares,” Garrocho affirms.

During the 2021-2022 campaign, the Andalusian organisation has managed to obtain a total of 80,000 kilos of pitayas, 20% of which were sold in England. The forecasts indicate that next year this figure will reach around 200,000 kilos, in spite of the fact that only a few have reached an age of five years, when the cactus “starts producing significantly.” “Most are around 2 or 3 years old at the moment; they are producing, but smaller amounts,” the chairman states.

The cooperative has already made deliveries to different countries such as Italy, France, Germany, Holland and Belgium. On the other hand, the trials carried out with the Arab Emirates, around 100 boxes, give us a positive view of this market, Garrocho comments.

Regarding the price, Garrocho affirms that “it has been profitable for farmers, as it is a plant that requires minimum labour: the fruit are pieces of 350 to 650 grams and the amount of kilos that are collected is substantial.”

The executive remains optimistic about the future of the pitaya in Spain: “every year we see that it is more delicious, as the plants become more adult, they can pump more sugar to the fruit. On the Spanish home market it is being well accepted.” Finally, he affirms that “time will tell” but that “it is a crop that will give plenty to talk about over the next few decades.”