The SAT is responsible for 55% of mangos in Spain and 50% of avocados, and it is consolidating the transnational producers’ organisation with Latin American producers 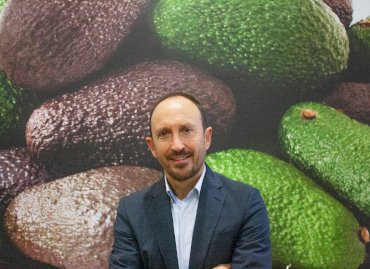 The 2022 Tropical Fruit campaign exceeded Trops’ initial expectations, reaching 183 million euros in invoicing, ie, 23.6% higher than in the previous year. Therefore, for this new year, General Manager Enrique Colilles prefers to not advance too much information because there are “many fronts open”. What is clear is that in the mango campaign, which started at the end of August, they will reach 18,000 tonnes (out of a national total of 32,000 in Spain), 25-30% more than last year and that the calibres will range between an average of 450/350 g. In avocados, however, there will probably be 30% less in the sector and, in the case of Trops, between 18,000-20,000 t compared to last year’s 34,000 t.

The SAT is continuing with its firm commitment towards Spanish produce, without putting the global viewpoint to one side. “We are consolidating the transnational producers’ organisation with Latin American producers,” Colilles affirms. Currently, the SAT is responsible for 55% of the mangos that are marketed in Spain, and it has increased its dominant position with 50% of Spanish avocados.

Fruit Today talked to the person in charge at Trops at the start of the campaign, days after the Andalusian agricultural minister, Carmen Crespo, appeared again to announce the steps to be taken regarding water. Urgent projects, indeed. “In Vélez-Málaga, many continue to suffer. Towns such as Benamargosa or, above all, Benamocarra, are in a bad situation. We hope that the Administration will act and they won’t drag their feet about it,” Colilles commented. In his opinion, the priority projects are the interconnection of reservoirs, making use of a larger volume of 100% reclaimed water, and the start-up of desalination plants “in two phases: an urgent one to obtain water immediately, and a second phase with the construction of a large desalination plant to ensure that in the medium term plantations can be increased.”

“Little by little, more reclaimed water is beginning to be available, and the authorisation of the work on a desalination plant is pending, but this is a project that will come to light in the long term, in 5 or 6 years, according to the desalination plant promoters. Therefore, a provisional one is needed.”

And the fact is that the water restrictions are causing some farmers to change over to mangos from avocados, as they require less water. “Both need to be watered, as with any other fruit, such as citrus fruits or irrigated almond trees… but the difference is that mangos will just stop producing if you don’t water them, while avocados will die.”

At present, Trops is maintaining its growth strategy without any intention of changing crops and it continues to opt for maximum quality to maintain its position on the markets. A task that is not easy in a context where the prices of inputs are “incredibly high”. We are going to pay four times more for electricity – this is an unsustainable situation. The prospects are bad; we just have to survive, as we always have done.”

In the medium-long term, Trops plans to create an experimental farm that will centralise all the research initiatives it is immersed in to optimise the mango and avocado crops. “It is a project that we are bearing in mind. We will be able to advance more details in the spring.”