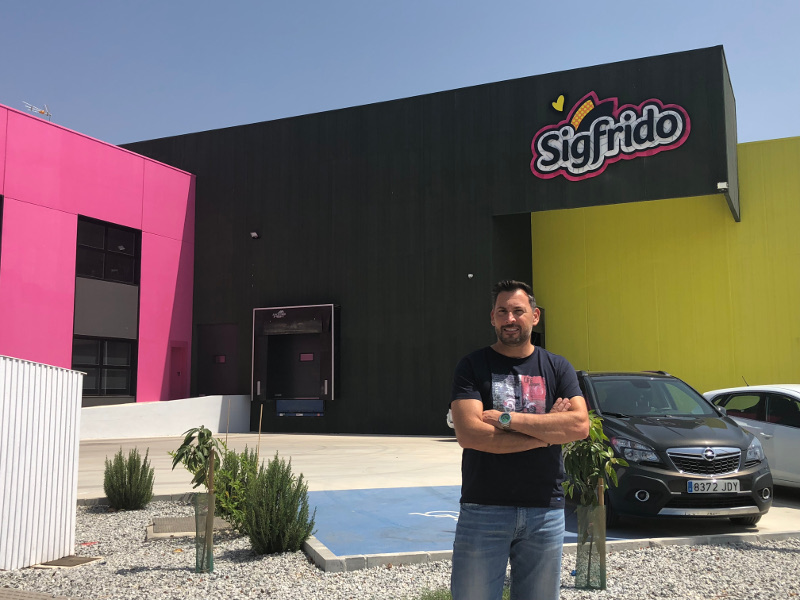 Sigfrido Fruit has new premises and a bio brand

In less than 5 years, Sigfrido Fruit’s invoicing has reached an amount of 35 million Euros and exponential growth in the volumes marketed. An evolution that has pushed the young company to build some new premises with a surface area that is 10 times larger than the previous building, increasing its capacity, both operationally and qualitatively. Along with this change of premises, it is also adding new certificates for the most demanding customers, gaining in dynamism and presence in the sector.

Fruit Today visited the installations just before the start of the campaign. A modern, spacious area, equipped with the latest technology in calibrating machinery and with more room for storing and handling the fruit, where the unmistakable, colourful and light-hearted image of its main brand can be seen. During the visit, the person behind all this, Sigfrido Molino, gave us some of the keys to the future of this promising company. On the one hand, its commercial growth continues. From January to June alone, they have increased their volumes by 50% compared to the same period in the previous year. “We have around 100 hectares between mangos and avocados, and we are planting another 10. Our own production is reaching its harvesting point, and this generates greater confidence when facing up to the demands of the markets with the top guarantees and greater tranquillity due to the control this involves.” On the other hand, it is worth mentioning the categorical commitment to the bio segment through an independent business, Tasty Import, now located in the old premises. The brand will have its own design that will be presented at Fruit Attraction (9F03A). The restyling of the conventional avocado brand, Retamosa may also be seen at the trade fair.

Very well known on social media due to the support of many influencers and famous celebrities, Sigfrido Fruit intends to take a step further in the promotion and development of avocado consumption by joining the World Avocado Organization. A goal that Molina is using to reinforce his company’s leap up to the next level.