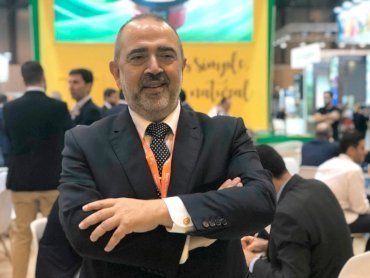 Reyes Gutiérrez has invested around € 700,000 in new machinery to streamline the classification and palleting of its mango line.

The company from Malaga, Reyes Gutiérrez, has made an important outlay to improve the efficiency of its processes on the mango line. Specifically, they have acquired a classification and palleting machine that will minimise the working times and allow operation with greater volumes. This involved an investment of € 700,000.

With the mango campaign already under way, the production forecasts are still not completely clear, in spite of a good year initially being predicted, with an important harvest. “As a result of the high temperatures recorded on the 2nd of August, the trees dropped a large amount of fruit and the first flowering remaining on the trees in many mango fields also affected this,” sources from the company explained.

Nonetheless, “the quality of Spanish mangoes is very good and its reputation precedes it.” At Reyes Gutiérrez they market the following varieties: Osteen, Keitt, Kent and Palmer. With regard to avocados, they expect this to be an important campaign, although at present it is still too early to make any forecasts. Last year they marketed around 35,000 tonnes of fruit of the mangos and avocados references.

At the start of the pandemic, as occurred to the rest of the sector, the company suffered some delays in shipments and cancellations. Particularly on the subject of transport, continual delays at the borders occurred due to the goods entry and exit protocols, but little by little this began to straighten out until the normality that they had always worked with returned. “Transport and labour have been the most critical points internationally.”

Along with the parent company in Malaga, Reyes Gutiérrez has a subsidiary in France, the processing company Avomix, and it also has the recent incorporation of Reyes Gutierrez Frutas Valencianas. Amongst the latest products that have been added to their convenience food range is avocado pulp, which they market in Carrefour.