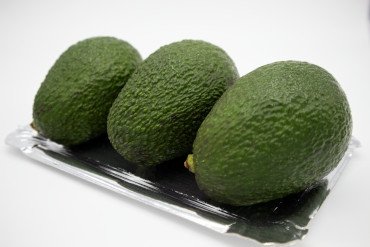 The company has just started a line of exotic fruit and plans marketing 2,000 t of this ‘super food’ in this campaign.

The 2020/21 campaign is starting off with important new developments at Agroatlas. Its portfolio is extending with a new line of exotic products. Avocados are the fruit chosen to start this line. In order to add this reference, the company has partners at source and shipping both by air and sea and it expects to close this first campaign with 2,000 tonnes marketed.

Commercially, Agroatlas has signed contracts with supermarket chains with a growth of 35% compared to the previous year and one of its milestones is the signing of a supply contract with the largest Russian supermarket to supply products from its Moroccan subsidiary, NG.

The family-run company, present in Morocco since 2005 and from 2013 through its production company Nature Growers, concentrates mainly “on a product with an interesting market niche due to its complexity and one that is highly demanded by the European market, the bobby bean, controlling the entire chain, from their own production to sales, and the growth of which has meant that we are present throughout Western Europe,” explains Ricardo Menoyo, CEO of Agroatlas.

They have an extended portfolio of products from Morocco, their own production sent directly to the supermarkets from the Moroccan fields. Amongst these, flat green beans, extra-tender Bobby beans and spicy pepper specialities stand out. They also have produce from Almeria (tomatoes, peppers, courgettes, etc.) through contracts with farmers applying an “easyveg” system, from the fields to the supermarket shelves, avoiding unnecessary expenses with middlemen as much as possible.

Its products are found in the most important European supermarkets: Mercadona, Albert Heijn, Tesco, Morrisons, Asda, Lidl, Aldi, Edeka, Delhaize, Coop., amongst others.

Agroatlas follows the philosophy of a different, modern type of farming, seeking honesty and respect for the economic agents around them and fulfilling its social responsibility. On this point, it has a particular preference for a project where it works hand in hand with the Albert Heijn Foundation.

In recent months it has carried out several social actions, such as the delivery of 1,000 kg to the Almeria Food Bank and the distribution of food to over 400 families in Agadir in the most deprived areas.