An opportunity to recover the Spanish home market 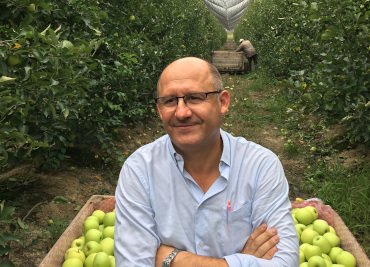 The sharp drop in European apple production is giving Spanish production an opportunity to consolidate its position on its own supermarket shelves.

Although at the time of closing of this edition, the forecasts by Prognosfruit are not officially known, everything is pointing towards the fact that the regular suppliers of quality apples on the Spanish market (Italy and France) will suffer from a significant drop in their productions, meaning that the pressure on the Spanish market will fall.

The forecasts for the main production region, Catalonia, reach a volume of 273 million kilos, with a 16% production increase, which means the recovery of part of the production potential lost in 2020, a year in which 235,000 million kilos were picked. The overall Spanish forecast will be of around 500 million, of which the members of the Catalan employers’ association Afrucat represent 65%.

The evolution of crop surface area in Catalonia remains stable, with a plantation rate of around 400 hectares, aimed at variety renewal, meaning that the net growth is zero. The renewal is aimed at new varieties such as Galas and Fujis that bring more colour, as well as new, hardier and crunchier Goldens.

The Girona regions have turned into a real cluster that is specialised in apple production for the top-quality figure of the PGI Poma de Girona, which makes up nearly its total production. Three companies lead the category: Frutícola Empordà, Girona Fruits and Giropoma Costa Brava.

Girona’s total volume will reach 85,000 tns. The producers’ main characteristic is an ongoing concern for innovation, both technological and varietal.

“We are a highly dynamic sector, eager to incorporate the best from everyone,” sources from the PGI explain.

As a result of this, in addition to the constant research being carried out by the IRTA of Mas Badia, its executives travel and make contact with the latest innovations in the world on the subject of apples.

The latest educational mission was in New Zealand, the cathedral of fruit-growing and a pioneer in sustainability, variety research, production methods and technology. “Both New Zealand and Washington State are mirrors in which we want to look and although we are separated by production and marketing methods that cannot be implemented in Catalonia, it is very interesting and rewarding to discover all their systems. We can always learn something,” Llorens Frígola explains.

In general, the campaign that is about to finish has been satisfactory for the companies belonging to this PGI, in spite of the fact that sales in 2021 have not been the same as those in 2020, the year the pandemic broke out, but it can be affirmed that “the market has maintained fluid sales, with the significant drop of production of around 20% causing a serious effect.”

This reduction in volumes has been translated into an increase in prices, although “the end result has not been very spectacular due to the lack of produce. In general, we can qualify the campaign as satisfactory,” the executive concludes.

PrevGiropoma Costa Brava is on the move
Wildfire®RKD, the earliest GalaNext
YOU COULD ALSO BE INTERESTED IN