During this watermelon campaign, the company from Almeria Agrícola Navarro de Haro will follow along the same lines with over 700 hectares of crops and an estimated production of 50 million kilos between the seedless black Fashion, the seedless white (Boston F1 variety) and the mini (Premium), that already takes up 25% of its total watermelon production. From April to October, they will market this summer fruit on the national market (mainly in wholesale markets and supermarkets) and internationally, both with the same share (50%) and similar demands regarding requirements (apart from size). European consumers have become used to the fact that the watermelons that they buy are, in most cases, high quality, a route that has been followed by Agrícola Navarro de Haro since its beginnings. “Our goal is always to increase our quality. This is our keystone,” the manager, José Alonso Navarro points out. The control of each of the phases is monitored from the harvest itself. Specialised cutters supervise this stage, determining when the perfect point of ripeness has been reached and this operation is carried out with great care to prevent the fruit from being bruised, always avoiding times of the day with high temperatures. Additionally, they do not hesitate to implement agronomical changes using new plantation frameworks, and neither do they stop testing new varieties aimed at reaching excellence.

During the handling phase, the fruit is also ‘cosseted’ and one of the latest changes that has been introduced is that of installing a new weight gauging line to streamline the work and to fine tune it to the maximum. “Previously the classification was by volume, and with this new system we have achieved greater accuracy, a highly positive aspect for the supermarkets, which ask us to adapt to certain sizes.”

One of the most important references in the company’s portfolio, after watermelons, is the tomato. They also have iceberg lettuce, which continue to increase (in the 2017/18 campaign they will reach 12 million heads). But that is not all; every 18 months a new reference is added to their range. In 2015, they incorporated courgettes; last year, broccoli and cauliflowers, and in the near future they will start marketing aloe vera, a line that they have started working as an ecological crop. 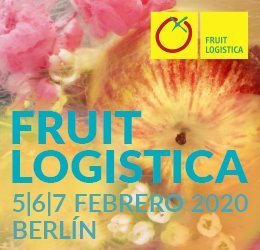