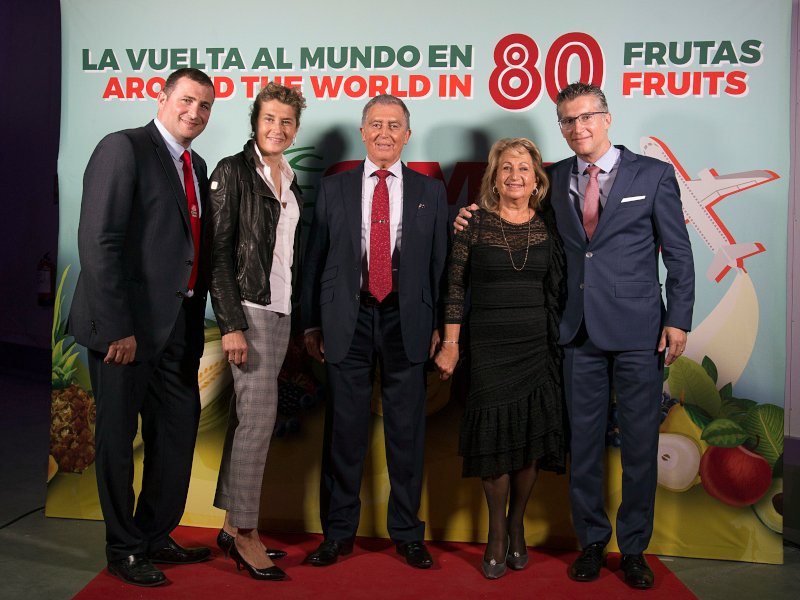 Using the slogan “Around the world in 80 fruits”, CMR opened its new venue

The event, which coincided with the second day of the Fruit Attraction trade fair, was attended by almost 400 guests from all over the world and amongst them were many of the company’s suppliers, collaborators and shippers.

The event was attended by the Deputy Mayor of Madrid, Marta Higueras, as well as the new chairman of Mercasa, José Ramón Sempere.

The almost 9,000 square metres, located on plot H-5 of the wholesale market, represent an important step forward in the commercial consolidation of the geographical area of the central mainland region, bringing improved coverage to the Portuguese market and also to the emerging African channels.

As the general manager, Carles Marti, points out: “the idea is to offer an extensive, diversified production portfolio, paying particular attention to counter seasonal products: plantains, bananas, grapes, citrus fruits, berries, as well as the company’s own production of melons and watermelons,” categories where the family-run company is a true reference within the sector.

The next generation, formed by Carles Martí (junior) and Jordi Martí, who are both highly prepared to develop the new business regions all over the world, are fully aware of the criteria that will govern the best prepared companies. Therefore, CMR Group has taken environmental and energy sustainability seriously into consideration in the construction of this new venue.

CMR Infinita, the corporate name for the company at the Madrid venue, has Fairtrade certification, an unquestionable guarantee that its produce from developing countries has been grown using fair trade criteria.

A family-run company in a globalised world

The company, originally from Catalonia, has a history going back 140 years and five generations of the same family that have made this business reality possible.

CMR is one of the companies with greatest international links, not only regarding its supplies, but also its commercial lines, which cover a great many countries, both on the Old Continent and in America and Africa.

In order to look after the European market, the company has two branches in Holland and France. And to cover what it considers the 21st century’s new continent of opportunities, it has a trade delegation in Casablanca, under the name of CMR Maroc.