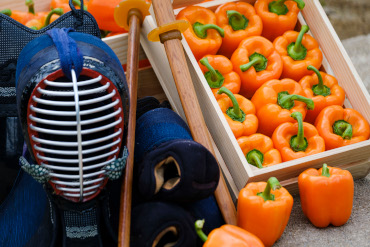 The demand for this type of material has intensified after the year with the highest incidence of powdery mildew in living memory, according to sources from Syngenta

In 2021/22 a milestone could occur on the pepper market, the “complete turnabout” towards varieties with resistances to powdery mildew and nematodes. “There is a great deal more demand than expected for varieties resistant to powdery mildew due to the incidence in the fields of Almeria, the highest in living memory,” according to Alejandro Pascual, Product Development Specialist Pepper Iberia. This proliferation of the disease could be due, amongst other factors, to a lower number of plant protection treatments, as is occurring on the ecological and zero residue crops.

The demand is such that Alejandro Pascual predicts that even the leading varieties will see their sales suffer in favour of resistant materials, which “in a few years will take over 80% of the California pepper market.”

The producers “want to have the confidence that they are going to be able to defend themselves against pests and diseases and they are bringing their orders forward. They want to guarantee the availability of extra-resistant seeds.” For many years now, the Syngenta group has been working on this aspect, and in 2020 it managed to complete its offer with varieties that incorporate double resistance for all the colours of California peppers, 365 days a year. And the fact is that “although the demand in Almeria up to now has centred on resistance to powdery mildew, with the growing restrictions on products for treating the soil, in the short term having resistance to nematodes will be a competitive advantage, for ecological, conventional and zero residue crops.”

Currently Syngenta is the largest seed company regarding California pepper offer with resistance to powdery mildew and nematodes and it is positioned as a reference in Almeria and Murcia with 6 varieties in yellow and red peppers. The development team has obtained a very high level in terms of quality, yield and homogeneity, advantages that were previously affected when the resistances were incorporated.

The latest new development in its California catalogue is Nozomi, an orange pepper for early crops with resistance to powdery mildew with which Syngenta is closing its colour and cycles range.

Other materials worth mentioning are Hokkaido (late cycle, for plantations from the 25th of July onwards) and Saitama (beginning of August), which are seeing a very strong demand in Almeria. For this same segment, they have Sensei, which coincides in dates with Saitama. The three incorporate double resistance.

Sales of their medium-cycle materials are also growing with the offer in red California pepper of Kabuki and Kiruna, while in the early cycle the reference varieties are Bokken and Ayumi. In yellow peppers, the main varieties from Syngenta are Kioto (early cycle with resistance to nematodes and powdery mildew) and Kaamos (medium-late plantations).

PrevZeraim will double its offer
“Peppers haven’t peaked yet; the market is demanding more”Next
YOU COULD ALSO BE INTERESTED IN