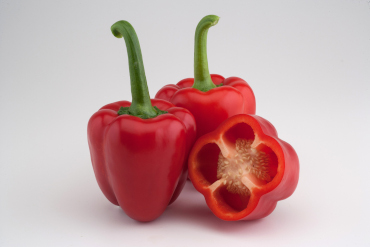 Next year, they will launch Gengis Kan and Leontes, red California peppers for late cycle with double resistance, and Ayax, their first early-cycle one with resistance to powdery mildew

A year after the start of the pandemic, Syngenta/Zeraim is taking stock and they confirm that the ‘pepper’ category, far from being affected, has continued its rising evolution both in surface area and in prices. “The price evolution has been similar to that seen in previous years, even reaching higher figures, depending on the category, and we have also seen greater consumption,” according to Alejandro Pascual, Product Development Specialist Pepper Iberia. Lamuyo and California continue leading sales and Alejandro Pascual confirms that the group formed by Syngenta and Zeraim has reached the goals they had laid out.

In this campaign, the market will follow the same lines in growth. “The prices are acceptable. The late cycle was on tenterhooks (slightly below last year), but in week 10 the prices were high, particularly in the case of yellow California peppers. This was probably due to the lower production in the crowns of the plants and to cases of rotting derived from the weather conditions.”

As in the case of Syngenta, Zeraim has spent some time categorically developing materials with a strong package of resistances, and today it forms one of the benchmark brands in varieties with resistances to powdery mildew in Almeria.

In its portfolio for late cycle, Melchor continues to be very prominent, one of the leaders in its segment (late cycle red California pepper). Carlomagno and Pizarro, both for the same dates, are called to be important references due to their quality, along with resistance to powdery mildew.

Other materials from their catalogue are Churchill, for plantations from the 25th of July onwards, also with resistance to powdery mildew and GG-G size. Also in the medium-late cycle, Adrianno is working very well due to the produce quality, with very good red and green colours, G-GG and to the homogeneity of the fruit.

In yellow California peppers, Barrera is one of the company’s greatest commitments, with resistance to nematodes and powdery mildew. For plantations from the 20th of July, Alejandro Pascual underscores that it offers a fruit that is “very perfect and homogeneous in G-GG. It is an important backup on the late cycle market and an alternative to Tundra with resistances.”

Looking towards next year, Alejandro Pascual advances that there will be important commercial new developments at Zeraim, which “will almost double its variety offer.” Some names that can already be advanced are Gengis Kan and Leontes, red California peppers for late cycle with double resistance, and Ayax, the company’s first early material with resistance to powdery mildew.

In the Lamuyo pepper segment, Zeraim has recently launched two varieties of red peppers for late cycle: Vortex and Cartavio with resistance to L4 and spotted, the latter being a resistance that is not as widespread as in California peppers.