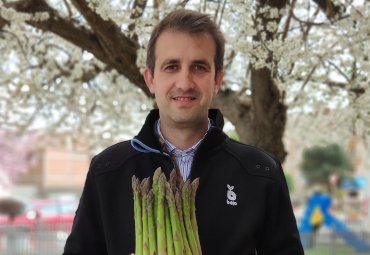 The Magnus F1 variety from Bejo allows savings in the harvesting and handling processes.

The seed company Bejo continues working on the development of new asparagus varieties, both white and green, aimed at extending the trade window. “There is a market in February now, but there is still very little offer. If we obtain an early variety that works well, we would have Spanish offer, instead of having to import it from Central and South America,” according to José Ramírez, the trade specialist for the central and southern Spanish mainland area and head of asparagus.

A result of two decades of R&D work, Bejo has a portfolio of varieties as interesting as Magnus F1, a green asparagus that is experiencing full growth due to its exceptional organoleptic characteristics and its yield in the fields. Very sweet, tender and not woody, it can be eaten completely raw, a very interesting quality when taking into account some of the current rising food trends: healthy food, vegetarianism and flexitarianism, raw food diets, etc.

“People who know about it, ask for it. Our sales are mainly concentrated in Cordoba, Seville and Granada, but also in Badajoz,” Ramírez comments.

For farmers, Magnus F1 has important advantages. As it is 100% male, it does not produce any seeds and so the problem of having to remove shoots is eliminated. Its uniformity, both in size (14-22 mm), and in growth, makes harvesting easier and shortens the time in the fields, and in the warehouse it can be calibrated very quickly. Additionally, the spears, which are tender and flexible, have greater resistance to cracking than other more rigid varieties, avoiding food wastage. All these characteristics result in lower labour costs, a bonus that is very important after the rise in costs such as the increase in the minimum wage.

But it is not the only unusual variety produced by Bejo. The company is in a full introduction phase for the purple Erasmus F1 asparagus, mainly for markets in the United Kingdom, Norway and Sweden, along with northern Italy. “It is a highly attractive market niche due to its differential value, its eye-catching colour, and it sells at a higher price.”

Examples of companies offering trays with three colours of asparagus can already be seen in the sector, with dipping sauces for eating raw…