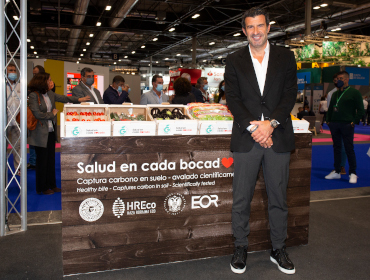 The slogan ‘Salud en cada bocado’ (Health in every bite) perfectly defines the philosophy behind the Epigen Healthy Bite system, a guarantee for health for consumers, as it is the first health brand that recovers the natural genetic expression of foodstuffs, a fact that has been scientifically proven.

The initiative arose from the collaboration between Viagro and Haza Roraima Eco in 2019, in which food companies are working, side by side as partners, along with the University of Almeria and the University of Medicine of Granada, which are analysing the results with scientific rigour to give an objective point of view.

The Epigen Healthy Bite stamp is given to foods obtained through processes which avoid the use of toxic products and the native microbiome of the different productive systems is regenerated. This methodology results in maintaining and even increasing the production of the crops.

The conclusions reached by both universities assure that the Epigen Healthy Bite production method generates foods that are free from materials that are dangerous for both the environment and human beings, and they decrease the greenhouse effect as they capture CO2 while they release O2. They contain active metabolites, which encourage a better genetic expression of those that eat them: metabolites that boost the cardiovascular system with an improved balance between sugars and biomolecules that avoid premature cell aging and that prevent bowel cancer.

“A project for the future”

At Fruit Attraction 2021, the official Epigen Health Bite presentation took place, with a top ambassador, the sportsman Luis Figo, who indicated that it is “a project for the future that will help many people improve their quality of life and enjoy some products, which with their production protocols are going to find a significant place on the consumer market.”

PrevKoppert is launching its new branding
BASF: quality with resistancesNext
YOU COULD ALSO BE INTERESTED IN