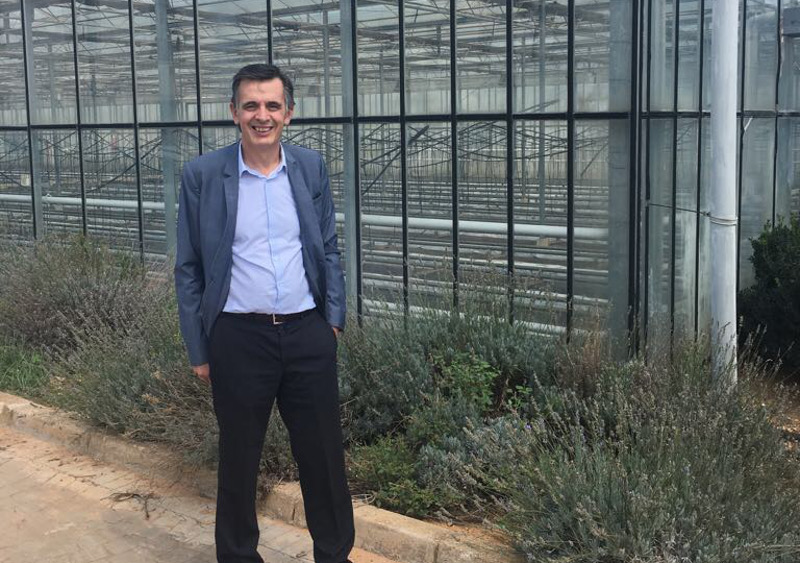 This very unusual year, when not one, but several fruits are recording important drops in production, bodes well for the persimmon campaign

The most important autumn-winter fruit productions (apples, pears, kiwis, citrus fruits) are recording sharp drops all over Europe, an aspect which, without any doubt, will benefit the Spanish persimmon production, which has excellent quality this season.

Fruit Today euromagazine talked to Miguel Abril, the new sales manager from Anecoop, to tell us about this crop.

In general, although there is bound to be an increase in production, it will not be as great as was forecasted at the start. What can you tell me about this?

This is not the case at Anecoop, since we are expecting a gross production of around 150,000 tonnes, meaning an increase of between 20 and 25% compared to last year. This is due to the normal growth from the farms with plantations that are starting to produce fruit. It is a natural growth because, in point of fact, owing to the excessive heat at the start of the summer some of the harvest was lost.

And how about the quality of the fruit?

The high temperatures meant that some fruit fell from the trees and this resulted in persimmons being larger than last year (they are not as exceptionally large as they were two years ago or as small as they were last year). They have a magnificent commercial size.

And regarding the campaign, what can you tell me?

We started a few days earlier than last year and the information we are receiving from the fields is very positive in terms of quality.

What volume do you plan to certify using the D.O. Ribera del Xúquer stamp?

We think that around 120,000 tonnes could be reached, since the quality is exceptional this year.

The persimmon is a fruit that is still unknown to many consumers. What promotion campaigns are going to be carried out both in Spain and abroad?

We are aware that it is essential to show the produce to the consumers, and on this point, we are working alongside the D.O. itself, complementing each other’s work.

Promotions are being prepared in France, Germany, Canada, England and Spain, and they will be both online and offline. We will also perform them in two countries where we have business offices: the Czech Republic and Poland.

In particular, in Spain we will make some posters for establishments and advertising banners for bus stops. In France we will carry out a strong campaign on several television channels, as well as demonstrations at points of sale. In England, it will more of a ‘made-to-measure’ promotion, depending on each chain’s requirements.

At the moment, we are making an important effort in the large countries in western Europe.

In three years 700,000 tonnes will be reached. Do you think the production and the consumption will go hand in hand?

Indeed. We are experiencing a very fast growth rate. We know that we have a very good product and we must continue along this line in order to not cause any disappointment. I believe that we have many options since in Spain the consumption is 1 Kg per inhabitant/year, but in Europe this figure is half a kilo. This means that there is room for growth.

In order to attract consumers we need to produce a quality product and take great care of all the processes: in the field, post-harvest, handling and obviously, starting to harvest at the right moment.

We must add a third aspect to these efforts in quality and communication: a lengthening of the campaign.