Fitó, a benchmark for yellow melons 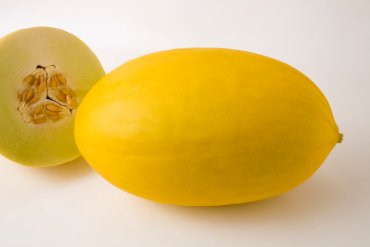 For several decades, Semillas Fitó has been one of the reference suppliers of yellow melon genetic material on the national and international markets. For the national market, it has materials for all the segments in Almeria, Murcia and La Mancha, in addition to the counter-season regions.

In the Andalusian province, they have Fenicio for early planting and Malerva for late planting. Following this, in Murcia they have 3 varieties worth mentioning: Robledo (early, last weeks of March), Soleares (medium, from March to May) and Cristiano (late, from April to the end of June). In Castilla La Mancha, Cristiano is also popular, in addition to Soleares for the larger-sized fruits.

In Piel de Sapo, “we continue working to offer varieties that respond to the farmers’ demands (resistances, productivity and earliness) as well as the consumers’ requests (flavour),” explains Tom Lombaerts, Chain Manager of the company.

Regarding varieties in this segment, in open air productions for Murcia, they have Paredes in early, Ceferino and Kanela in medium planting and Arroyo in late planting. With the exception of Kanela, which is older, the other two varieties have the same maximum resistances as other produce on the market (high resistance to powdery mildew and good behaviour against aphids.)

“Ceferino and Arroyo are two new varieties, on sale for the past year. In their segment they offer a very marketable size of around 4 kilos with an exquisite flavour,” the executive comments.

Manchego is the variety that continues to be a highly appreciated reference for productions in Castilla La Mancha, where Castellano is also popular for later planting.

“In Cantaloupe we have started to propose commercial hybrids over the past few years. Even so, a large part of the market in Almeria consists of varieties from Fitó: Solmarin for early and Jacobo for late planting,” Lombaerts indicates.

In the Region of Murcia Solmarin is also indicated for the early planting segment.

Semillas Fitó provides varieties that are favourable for ecological crops by giving them high resistance to powdery mildew and a good behaviour against aphids. Over the past three years, this work has been particularly developed in Piel de Sapo and Yellow, both for crops under glass and in the open air. This is reflected in the Paredes, Ceferino, Arroyo, Manchego and Castellano varieties in Piel de Sapo and in Robledo and Cristiano, in Yellow.

PrevBollo: what makes a brand unique
Caparrós recognised as the ‘Flavour of the Year’Next
YOU COULD ALSO BE INTERESTED IN