A focus on technology and cold storage 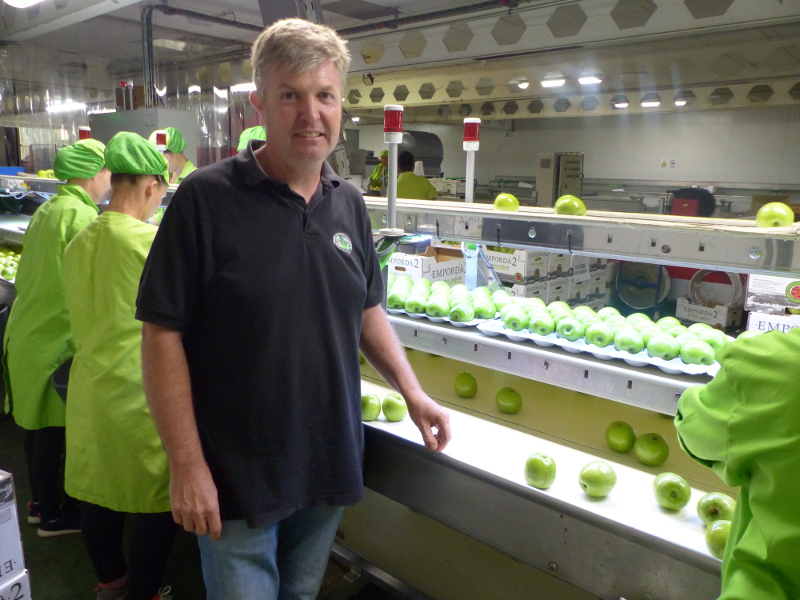 With the implantation of high technology and dynamic atmosphere cold storage, Frutícola Empordà has finished its restructuring plan

The Catalonian company has finished a restructuring plan that has affected all its logistics, storage and preparation processes over the past five years. In the near future it will conclude this transformation with the final transfer of machinery to the central hall, where there will be two new monogauge lines and an automatic packaging machine.

Frutícola Empordà was one of the pioneer companies in Europe in the implantation of the Globalscan 6 system, as well as being one of the first companies to apply the new technology for alcohol-based fruit waxing.

But perhaps the most important moment in this entire restructuring process took place with the enlargement of the dynamic atmosphere cold storage rooms with a capacity of 7.5 million kilos and ACR breathing control, unique in Spain (a system to analysis the breathing of the fruit, which allows the stress levels to be checked, to discover if the oxygen level can be dropped and that has highly satisfactory results).

Another important outlay was the acquisition of plastic crates for all the new cold storage facilities.

This restructuring has not only taken place in the central plant, but also in the fields, where improvements continue to be made, with the changeover to more modern varieties that are in line with consumer tastes, as well as mesh covering of crops, an aspect that is essential if quality production is to be guaranteed.

The members’ current variety movement is going through an impasse in Golden productions, the Gala variety has increased and in red apples, Red Chief has been replaced by Jeromine. The increase of Fuji, although in progress, is slow because the production process poses problems.

As one campaign is about to end and another to start, Miquel Roig, manager of Frutícola Empordà, states that “a priori, and although it is very difficult to predict how the campaign will unfold, all the indicators are pointing towards the fact that a lower volume of fruit on the markets could encourage the development of the season.”

However, the sector should not lose sight of the fact that, even now, at the end of July, there are still stocks of Golden. To this is added the feeling that there could be a shortage of fruit next year and as the executive explains, “some operators may opt for storing it in cold storage and hanging on, which could make the situation more complicated, particularly if the apples are not in good conditions. It could be that the real Golden campaign does not start until November or December.”

With the exception of the Golden variety, the apple that makes up the largest volume, good behaviour has been seen in other varieties, both red and Granny or Fuji during the season that is now closing.