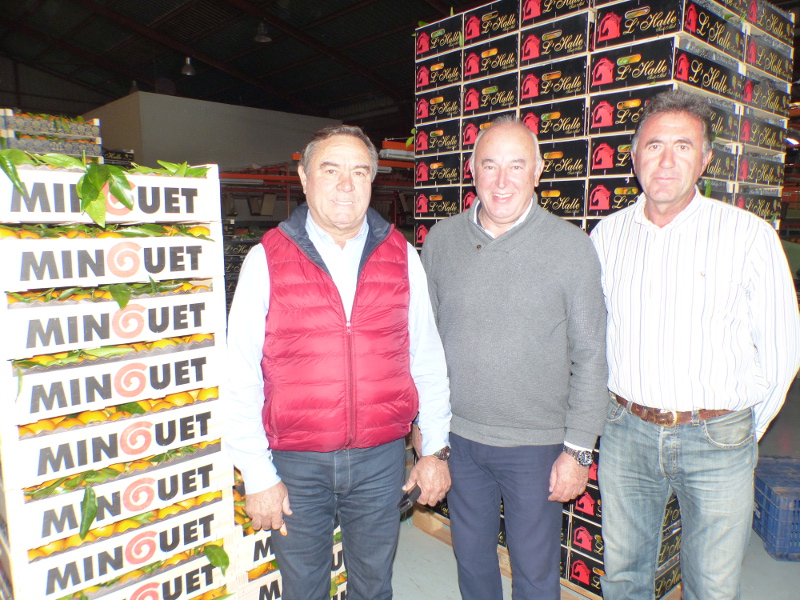 The company from Valencia is specialised in high quality market niches

In the first part of the citrus fruit campaign, Fruit Today visited the company at its head offices in Chilches (Castellón) to discover its good work, which we could see after the interview.

The company markets around 5 million kilos of citrus fruits, basically clementines with leaves, which are mainly sent to the European markets. Its brands (Minguet, Tout-Miel and Valls Tropik) have a good ranking on the reference European markets such as Rungis or countries such as Switzerland, Germany and France, where the chains give top priority to the quality of the produce. Canada is another of the most demanding destinations, where a good ranking has also been reached.

“The secret of work well done consists of an exhaustive control of the produce from the field; knowing beforehand which market it will go to and which working methods it requires. Additionally, great care must be taken with the entire process in the warehouse, from the moment the produce enters until it is loaded. We are not interested in volumes, but rather in a top class, high quality offer,” according to José Minguet, owner of the company.

The company, although located in the middle of the clementine producing area, is a unique case, as it started off without any links to citrus fruits, but rather to the melon and watermelon trade, also in a high quality segment. “To begin with, 10 years ago we only worked with citrus fruit for industry, but at one point, we decided to change over to fresh produce.”

Another of its star products is the Lamb Hass variety of avocado pear, from the region of Los Valles and which, referring to its origin, is marketed under the flag ship brand name, Valls Tropik, amongst others.