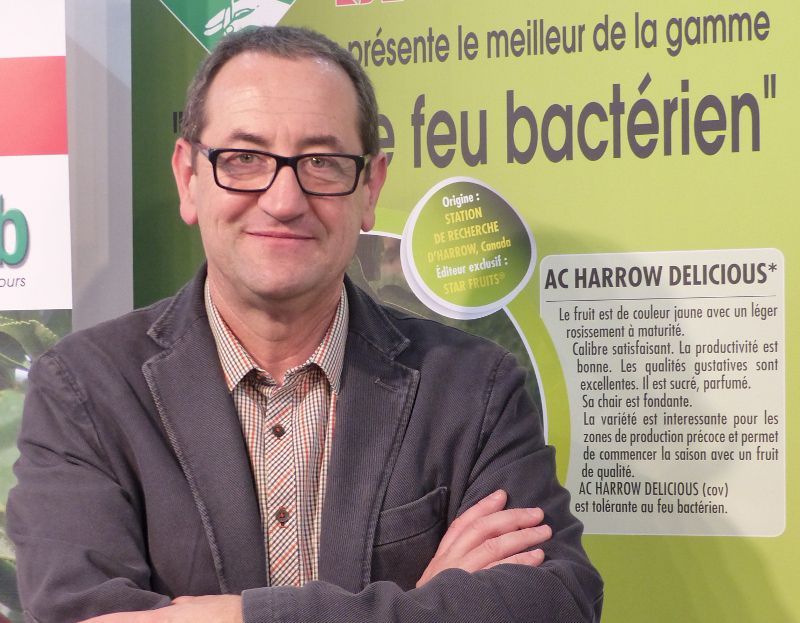 On a market where the dynamism of new varieties moves at a dizzying speed, Gala apples continue to win new followers.

Amongst its portfolio of varieties, the French company, StarFruits® has one of the Gala apples with the best performance in terms of colour and production homogeneity, Gala Star® Galafab.

Although the Gala plantations are some of the most extensive on the Old Continent, the first Gala clones that came on the market had reversion problems, a disadvantage that appears with time since the fruit returns to its origins and it becomes more yellow than red. “For this reason, it is interesting to have a clone that remains red throughout its production life, with which stability can be guaranteed. StarFruits ® has found this and, to corroborate it, we have grown five generations in a nursery and there has been no reversion,” explains Serge Escorihuela, an executive from the company StarExport, a sister company that is devoted to plant sales on the export markets.

The direct result of this effort has been Gala Star®Galafab, an apple with a very attractive, uniform red colour, which maintains a very regular production. The result has been endorsed by different experimental centres in France, Spain and Italy, with which the company has solid links.

Another of the varieties that is captivating consumers is the Opal® UEB 32642 apple, a golden yellow fruit that is resistant to spotting and staged for the Spanish, French and Italian markets by the company fruit.select.

The Story ® Inored variety is another success story. It is a red apple that is resistant to spotting and with a conservation capacity of up to nine months. Its development has been closely linked to the work carried out by the INRA and NOVADI.

Within the pip development programmes, the contract with a Canadian institute for pears with a high tolerance to fire blight stands out. In this range there are varieties such as AC Harow Gold, AC HarowDelicious, AC HarowBounty, etc., and the HW 623.

Star Fruits® has been looking for the best fruit varieties in every corner of the world for over fifty years now and it has managed to develop work of the first order with hybrid plant breeders, different research centres and universities.

Amongst the company’s most resounding successes the very well-known Cripps Pink (cov), commercially better known as Pink Lady ® stands out.