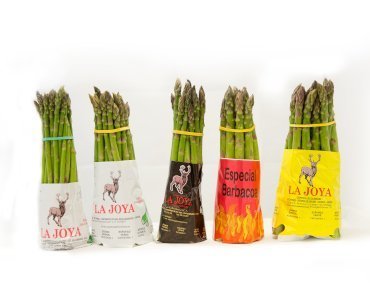 Over the past four years, the planted surface area of green asparagus has grown by around 40% in the sector and it now seems to be stabilising due to the complications arising from certain times of oversupply in recent campaigns. This is the case of Gallombares, at least with regard to this year. Although this year the cooperative has not allowed any new farms to be planted by their associates, an increase of 300 hectares of surface area is planned from here until 2021 in early areas of Malaga and in some points of the Vega de Granada, reaching 2,400 hectares. We want to stop here,” states the manager, Francisco Delgado. In his opinion, “the entry of new agents on a national level has generated more competition in a traditionally social and very family-run sector, and the companies that are trying to make new plantations are not seeing any profitability; they must have an average price.”

In the EU, the strongest competition comes from Italy and France, particularly in the first case due to its proximity to Germany and Northern Europe. Additionally, its produce quality has improved and today it is getting closer to the level of Spanish produce.