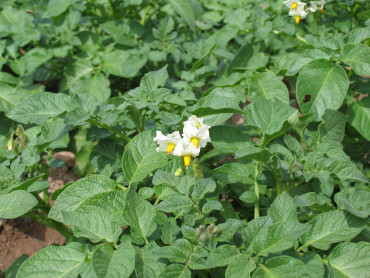 In Castilla y León, the sowing has ended with a drop in surface area that is lower than announced at the beginning of the year and with a clear trend towards varieties suitable for washing

This growing trend towards washed potatoes is rooted in the ‘pandemic effect’. Purchases of washed potatoes on large retailers’ shelves grew by around 25% in March, 2020, a figure that had never before been reached over such a short period of time.

“The farmers have realised that the washed potato market can be profitable, with contracts that provide greater stability. This does not mean to say that there is going to be an immediate “boom” in the surface area devoted to these varieties, although there is a slight increase, which will have to be checked to see whether it is consolidated over the next few campaigns,” sources from the region’s potato sector explained to Fruit Today.

The varieties that are ultimately aimed at the Horeca channel, are moving back towards normality after a disastrous year, best forgotten, in which the accumulation of stock made farmers desperate owing to the closure of restaurants and hotels; but, on the other hand, they reaped a benefit from the increase in consumption in households, where families discovered the pleasure of cooking during the worst days of the pandemic.

The willingness of farmers to sow earlier every year continues. In this campaign, the planting has been brought forward by an estimated 8 to 10 days, in an attempt to avoid overlapping with the competition’s potatoes coming from France in September.

All in all, the farmers know that the main handicap of earlier planting is the weather, as the risk of frosts is still possible at the beginning of spring.

The sowing was carried out in a very significant block up to the end of March, with optimum weather conditions, which became more complicated for a few days in April due to the rainfall, which stopped the planting processes for a short time.

In Castilla y León 18,371 hectares were planted in 2020 compared to the 19,180 in the previous campaign. Once again, in this 2021 campaign, as has already been explained, the planted surface area dropped.

The decrease in production is even more significant than the drop in surface area: in 2020 it underwent a drop of 10.2% and levelled off at 838,001 kilos compared to the 933,664 of 2019. All of this was a direct result of the extreme episodes of waves of heat or cold during the vegetative development of the tubers and which caused an average reduction per hectare that reached 40,000 kilos, compared to the 45,000 and 50,000 obtained in 2019.

One of the problems that will have to be faced in the 2021 campaign will be conservation following the legislative change regarding anti-germinating agents that are no longer permitted. At present, the substitute products are not as effective and they are more expensive for all the operators.

At the Castilla y León Inter-professional Potato Association, its chairwoman, Yolanda Medina, explains that “farmers do not only make a living from the potatoes they sell between July and October. A large part of the production is conserved for distribution weeks or even months after the harvest. If the current situation is not rectified and we are given an urgent response, it is going to cause us serious problems. The legislation should be the same throughout the European Union. It is not coherent that some of our neighbouring countries can use products that are banned here.”

The only positive element of the problem caused by the end of using these anti-germinating agents, and as ‘Dormir’ has not yet been authorised, could be to take advantage of the situation to push forward the demand and consumption of new potatoes. “We think that consumers have started to appreciate the cooking and quality differences that fresh produce has compared to conservation potatoes and the sector must continue in this line, following the greatest pioneers who are already working towards obtaining two harvests a year.”