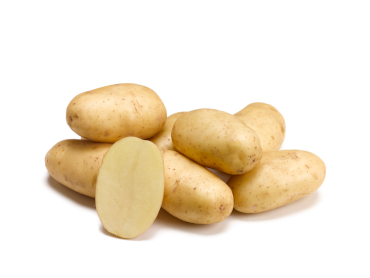 Spanish new potatoes are becoming increasingly present on Spanish supermarket shelves, managing to squeeze a few weeks away from the French produce

The starting signal for Spanish new potatoes is usually fired in mid-April, although this year, owing to the different episodes of heavy rainfall, first in Murcia and then in Seville, production was stopped for a short while, accumulating a delay of a few days.

Even so, the quality of the new potatoes is guaranteed in both producing regions. The Seville production has a lower yield than last year, meaning that the harvest will have lower volumes, but with good quality produce, the result of a rather dry spring. The situation in Murcia is better, with a more significant yield per hectare owing to the rain.

Andalusia has suffered from the bad results from the previous campaign and its surface area has dropped by around 15%, where the varieties for export have been hit worst. However, the surface area used for home market potatoes is being maintained, both in Seville and in Murcia.

The social situation caused by the pandemic has given rise to a behaviour where consumers give more value to the quality of potatoes to be eaten at home, as the restrictions in bars and restaurants continue. Accordingly, Pepe Porcel, Manager of Distrisur, believes that “the pandemic has left us a good taste for home cooking and we have become more demanding in our potato buying, opting for greater quality and, with that in mind, Spanish new potatoes bring all the freshness of a recently-harvested food.”

The truth is that large retailers have realised that fresh produce on the supermarket shelves brings greater profits and every year they see the weeks of French produce supply being shortened. “Years ago, supermarkets could maintain French conserved potatoes until June, but today that is unthinkable and, furthermore, all the posters show this, because consumers are moving towards quality potatoes. In a figurative sense, it can be said that we have become more patriotic, because we are starting to value national productions,” the executive points out.

The Andalusian company plans to market around 25,000 tonnes of potatoes. Germany is its largest buyer, with a clear preference for the new variety, Agata. Another of the varieties that is gaining ground due to its firm flesh when cooked and pleasant flavour is Erika.

Regarding the latest developments introduced, Ranomi is worth mentioning, a variety that is quite firm when cooked, which Distrisur has recently started to produce and of which they will market around 1,500 tonnes, approximately 1,000 in Germany and 500 in Spain.

The Adato variety also stands out. Produced in Cartagena, it is a tuber that is raising great expectations owing to its good yield, along with its culinary quality.

Currently, after the consumer boom in households during the pandemic, the washed potato market is going through a good moment with prices that are tending to be maintained over time, as the offer is not excessive. Furthermore, regarding potatoes for industry, supply and demand have adapted, in a scenario where it seems that everything is going back to normal.