Malaga new potatoes are already on the supermarket shelves 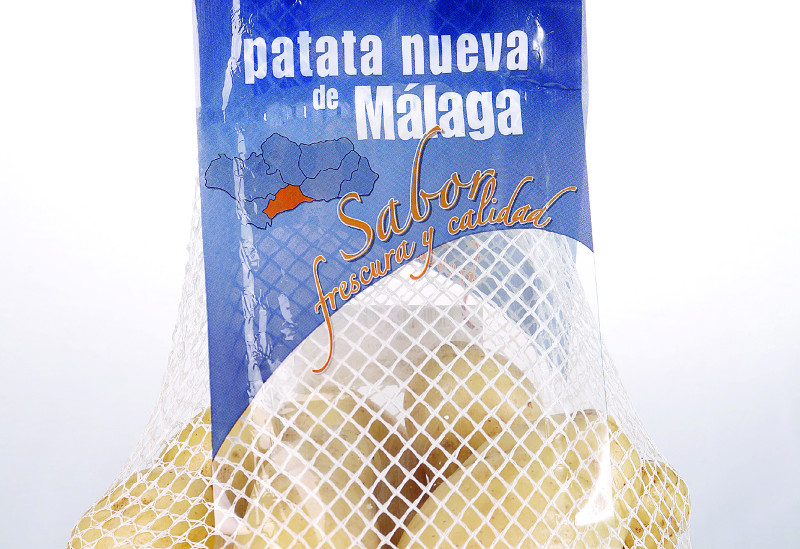 It is the first Spanish potato of the season, which stands out due to its flavour, quality and freshness.

Once again this year, Ibérica de Patatas is bringing new potatoes from Malaga to the retailers, the first Spanish potato of the season. The produce can be found in supermarkets and hypermarkets all over Spain until mid-May.

The new potato from Malaga is a unique product which, on the one hand, brings value to the regular potato offer at this time, mainly stored potatoes from France or new potatoes from countries such as Israel and Morocco; and on the other hand, it encourages the consumption of seasonal domestically-produced potatoes. This time around 600,000 kilos are expected to be marketed.

A few years ago it was very difficult to acquire this variety in large retail stores, since it was a very fresh product with a shorter life span than other types of potato. Ibérica decided to take the Malaga new potatoes to the supermarket shelves for the first time in 2008, thanks to its knowhow and to the necessary infrastructure that guarantees the distribution of this variety in ideal conditions of both quality and presentation to the public, as it is a very fresh, very delicate potato.

Ibérica de Patatas’ initiative to take Malaga new potatoes to the large retail stores, as well as the excellent reception by consumers, who are appreciating this produce more and more due to its flavour, quality and freshness, have contributed to boosting the growing of this variety in the area. In fact, Ibérica de Patatas sells the seeds to farmers in the province. Since it was introduced by Ibérica onto the retail trade network 10 years ago, marketing has increased by 30%.

The new potato is easy to identify: when touching the skin comes off easily, and when frying it is less yellow in colour and it has a crunchier texture. Rich in carbohydrates, which are of great importance in our daily diet, nutritional experts recommend their daily consumption, along with vegetables, legumes, and in purees and salads.