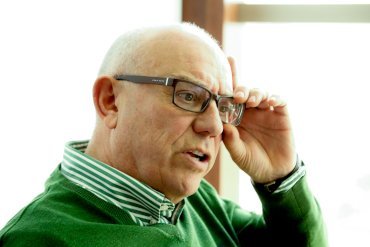 The man who was Anecoop’s sales manager for over three decades and who today is a consultant, talked to FruitToday showing the viewpoint that being outside an organisation and not being subject to its everyday problems gives him.

Do you think that the Valencian citrus growing sector has a future?

Yes, but on a different scale. The technology factor tells us that the warehouses must move between 50,000 and 100,000 tonnes with a calendar of 7-8 months and, for those that can, it should be combined with imports in order to be active 12 months of the year. Let me give you an example: from 1993 to the present day 400 warehouses have disappeared in Spain and, of these, 350 were in the Valencian Community, almost all of them small ones.

Furthermore, we have the problem of land use, with increasing figures for abandonment of the fields. The elements that previously brought wealth to the little towns and countryside nowadays degrade the villages’ ecosystems and become an environmental problem, which nobody wants to tackle.

Spain has a highly favourable situational income. And this includes several factors: an optimum geographical location with 600 million consumers who we reach without any customs duties, a balanced variety calendar, a smaller carbon footprint than other sources, food safety and guaranteed environmental sustainability and, above all, quality alongside a century’s worth of know-how; but the most important point is a record time from the tree to the table that no other sources can beat.

How can we tackle the serious problem of the abandonment of fields around the villages, where decades ago wealth was created?

If the correct approach is not taken in our villages, we will suffer from serious environmental deterioration, to which is added the ravages that climate change is making in certain productive regions. We are experiencing a real environmental crisis and we are not giving it enough importance. We are compelled to live surrounded by abandoned fields, which could be converted into agricultural estates, but the different governments must take action.

Could entering new markets be an important spur?

Of course. We are living in a global world and although Europe has always been and still is our main market, today’s logistics allow us to reach more distant regions. For example, we don’t sell in Japan or in Mexico, and in the United States our market share has been taken over, and not due to Trump’s 25% tariff, this happened long before his time. Now the almost 100,000 tn of citrus fruits are sold to them by Morocco, a country that has retained the know-how of the Spanish companies that are no longer operating there.

If Europeans are concerned about our farming being competitive, how is it possible that a halt has not been brought to the protocols that are signed country by country and that are driving up the prices of the produce by around 12 to 14 cents a kilo?

Chinese grapefruit come here without any protocol at all, and we have to indicate the land beforehand, pay the inspectors, the hotels, the translators and a long list of other expenses, and added to all this, we meet a protocol that obliges us to carry out a cool treatment, making the produce even more expensive.

A country that wants to sell in Europe negotiates its entry in Brussels, but for exports, the 27 or 28 member states must negotiate individually. This is a real aberration. Negotiations must take place at the same table and at the same time. That is to say, you want to sell in Europe, we want to sell in your country. If your grapes come here without cool treatment, I want mine to go to your country in the same way. If I have pests, I am sure that you have them, too.

Why doesn’t this happen if Europeans would stand to gain from it?

It is a very profound issue, which is deeply permeated in the institutions themselves and it is not questioned. It is a modus operandi that is used in spite of the fact that it makes us less competitive. There are MEPs that do not know what you are talking to them about.

Is there a rupture in the EU between the north and the south with this problem?

No. It is a problem that is common to countries such as Poland, Germany, Italy or France with their apple productions, and Belgium and Holland with their pears.

Is South Africa one of the great enemies of the fields of Valencia?

Along with Egypt and Morocco… Countries around the world are trying to position themselves as best as possible in the destinations, in the same way as the Spanish production is trying to do. Another question is the subject of plant protection. These are strong words and they must be tackled using dialogue.

What is more, I think that South Africa or any country from the southern hemisphere are allies of many Spanish exporters (those that work 12 months of the year), because it is unfeasible to have Spanish produce to sell in Europe or on the domestic market in the middle of the summer.