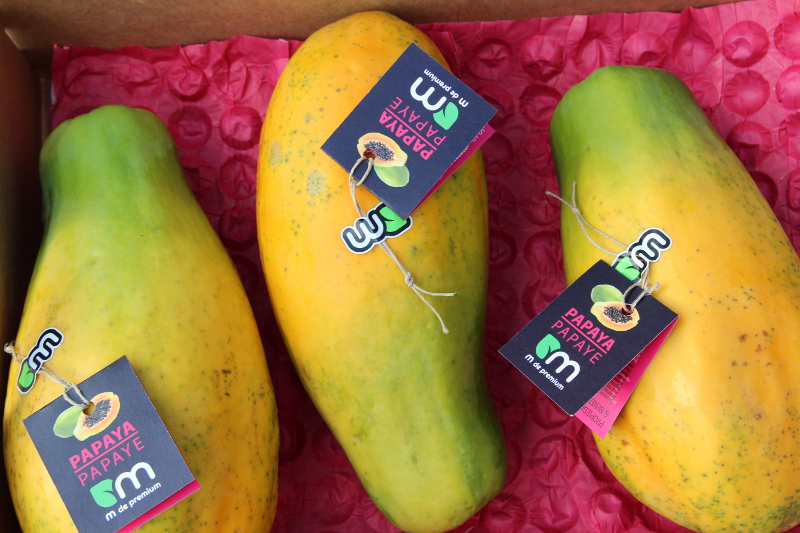 This year they foresee reaching 10 million kilos of this produce

Tropical Millenium has been working in tropical fruits in general for 15 years, importing produce from Chile, Peru, Africa, Mexico, Colombia and Brazil, to which it adds local production from the Axarquia region in Malaga. Additionally, some time ago it added a new reference, the papaya, which represented 5% of its total volume in 2016 (approximately 10 million kilos) and that it predicts will increase this year. “The first reason that encouraged us to work with papayas was the significant health benefits it has, a point that is becoming more important in the awareness of European consumers,” states Miguel Páez, one of the associate-managers of Tropical Millenium.

In 2016 the company’s business invoicing reached around 23 million euros, almost 20% more than in 2015, and the forecasts for the current year show an increase of between 18 and 22%, reaching 10,000 tonnes of fruit. On this point, it is worth mentioning the increase in its domestic sales, which now are the same as the European ones, 50%-50%, when just two years ago Spain only represented 20% of the total fruit marketed.

Tropical Millenium continues to opt for the Monsieur Tropical brand, aimed at end consumers in ready to eat avocados, as well as for the Limited Edition – m de Premium, 100% flavour in mangos from la Axarquia. For this range, a limited amount of exceptional fruit is selected that stands out due to its natural ripening, harvesting and presentation. It is presented in a wooden box containing approximately 4 kilos and it has 2 labels indicating the numbered edition.

The company from Malaga is present at Fruit Attraction (10H02) to strengthen, improve and value new business opportunities amongst customers and collaborators.