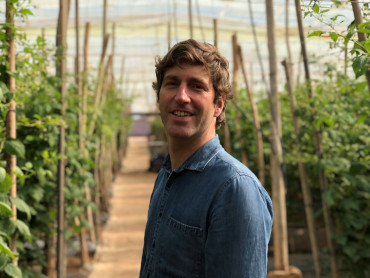 The company from Seville has four plum interspecific hybrids that will extend their presence on the supermarket shelves. Their genetics will continue to mark the difference

Under its brand name Metis®, Royal has four ‘new plums’ that will reach the markets to cover the months of September and October.

It is a project that came into being during the last campaign with a small first commercial production and that from now onwards will gradually grow in the premium plum segment, adding to a broad range of 20 varieties. A differentiating option by the Group, which, once again, stands out due to a unique fruit that is captivating palates, due to its colour, flavour, texture and brix.

The company started the harvest in April with the first peaches and nectarines, generating very good acceptance on the markets, in spite of the fact that the weather remained cold in Europe. “We started the season a few days late, which we managed to make up, but storm Lola slowed us down by a few days again. However, we are still ahead of Murcia, which has suffered from lower temperatures,” explains the Strategy Manager at SAT Royal, Tanguy Debiesse.

In addition to the range of peaches and nectarines with different colours of white and yellow flesh, this year an even earlier clingstone peach has been launched, aimed at the home market. This ‘yellow peach’ is gaining followers quickly due to its strength in flavour and aroma in mid-April.

Although Europe as a whole will record one of the stone fruit campaigns with the lowest amount of produce, it can be said that the early regions have come out best at the moment. “We can’t cry victory yet, because although the damage due to the frosts did not affect our region, we are not safe from hailstorms that can occur at any time,” Debiesse indicates.

Accordingly, the executive believes that “an excessive shortage of volumes is not good for the category because consumers can lose their trust; trust that is so difficult to win and so easy to lose.”

The total production by the Royal Group in stone fruit and berries reaches 1,700 hectares of cropland on the Spanish mainland and in Morocco, of which between 10 and 15% are being constantly renewed owing to the group’s genetic research, which has formed the cornerstone of the company since the 1980s. All of this has resulted in the Royal Group being considered one of the most avant-garde and innovating companies in genetic development in the world; a recognition that does not only apply to stone fruit, but also to berries, another of the products in its portfolio, which, at the end of March, mean around 40% of its total production in Morocco.

Its strong, important export track record is endorsed by its presence in the main European supermarkets in Scandinavia, Benelux, Italy and France, a country where its brand name enjoys great prestige.

In south-east Asia, the company has trade relations with Malaysia, Singapore and Hong Kong, amongst other countries. It was also one of the pioneering companies to enter the Chinese market, where today its brands Metis® and Pluot®, enjoy great recognition amongst premium fruit.