The “El Abuelo” range is growing 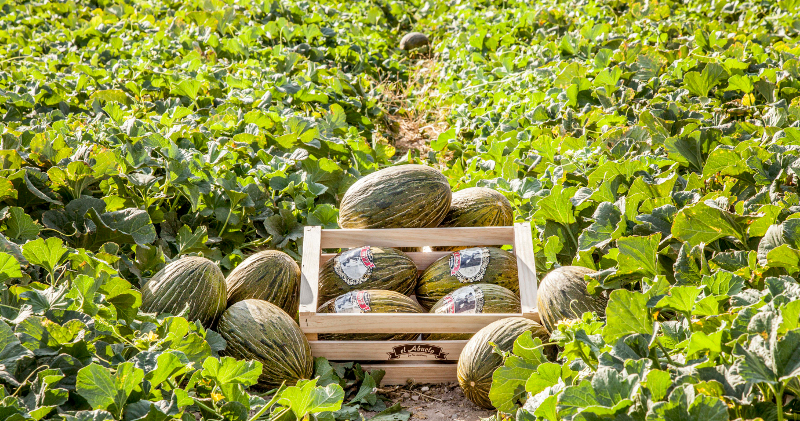 This season, Procomel is incorporating a new melon variety to its already extensive range of produce.

After three years of experimenting and testing, the company from Murcia is supplementing its melon family with a highly flavoured white melon. It will produce 1,500 tonnes of fruit from plantations in Almeria, Murcia and La Mancha.

Innovation and constant search for highly flavoured produce have always been the company’s development foundations, which, years ago also revolutionised the market with the “Sugar Baby”, a yellow melon with orange flesh that has recorded an important growth.

Along the same lines is the project that it has been carrying out over the past four years to rescue and recover traditional melon varieties, along with IMIDA. As a result of this research, this year there will be a hectare with melon varieties that are still valid: one Tendral melon and two Piel de Sapos.

Although in general, there has been a widespread drop in melon consumption, the company from Murcia continues increasing its volumes, exceeding 50,000 tonnes.

Celedonio Buendía, manager from Procomel, attributes this drop to the fact that “consumers have noticed a lack of flavour and have opted for other foodstuffs.”

There has also been a movement towards smaller fruits. “Previously, the average size of a melon was around 4 kilos and now it is 3 because the family units are smaller and half-melon sales are becoming more extensive.”

Regarding the development of the import campaign from Brazil, the executive explains that “there was an exceptionally good first season, with a few setbacks in the second part due to the rains, as usual.”

Furthermore, the second supplier, which will reach the end of its campaign shortly, Senegal, has also shown a normal behaviour, with good product quality. The company also has watermelon production in this African region.