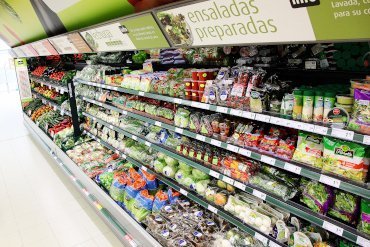 The world pandemic of Covid-19 means a before and after in the History of Mankind. A turning point the consequences of which will affect society as a whole, along with most economic activities. And agriculture is no exception.

In just a few days, farmers went from calling for demonstrations to having to take on a leading role with their work in the fight against coronavirus. A key element which, almost silently, has applied itself to continue carrying out its work, in spite of mobility restrictions and an increase in the safety and hygiene at work protocols. That is to say, they have shown that they are ready for emergencies.

The agrifood production capacity in Spain has been essential to ensure the supplying of both Spanish and European households. This characteristic highlights the worth of the Spanish primary sector, in contrast with the healthcare product industry, the dependence of which on companies outside the country for obtaining essential goods at prices that are increasingly distorted due to the mass international demand has become painfully evident.

Accordingly, there already have been MEPs who have raised their voices to request greater support for the agrifood sector as a result of what has happened. Juan Ignacio Zoido (PP) has stated that the EU must “rearrange their priorities and strengthen the Common Agricultural Policy (CAP),” while Clara Aguilera (PSOE) has assured that Europe must compensate the losses by farmers and fishermen as a consequence of the coronavirus, in the same way it acted with other important market crises, such as the Russian embargo or E. Coli.

The European Commission has already reacted with loans of up to 200,000 Euros in favourable conditions for the farmers affected by Covid-19. The EC formalised its proposal to extend the application for payments from the CAP up to the 15th of June and to increase the advance of direct payments and for rural development.

This crisis has shown the importance of food sovereignty for the future. This is how it is seen by the provincial secretary of COAG, Andrés Góngora, who considers that agriculture will be strengthened by this crisis. “There are important chains that are working with Morocco or Senegal, which from one day to the next have changed and that now want produce from Almeria,” he affirmed, and insists that the focus of these supermarkets is going to change because “they have had a significant scare and they have realised the importance of having food supplies guaranteed,” an element that they will give priority to from now onwards.

Góngora points out that agriculture will have to adapt to a new scenario and change “some things,” among them, rethinking the production of “certain crops and varieties that are not essential, in terms of how the market responds.” He also affirms that the depth of the crisis and how it affects European consumers’ spending power remains to be seen, in a context of rising unemployment and global economic recession, as he predicts that there will be cutbacks in the purchasing of some foods.

Logistics have also been seen to be a capital activity. Spain has an important freight transport fleet, which has also allowed food supplies to be guaranteed, a strategic factor that other European countries do not have, as is the case of Italy, where the shipping of fruit and vegetables has been complicated due to the risk of contagion, causing higher transport costs to the country.

Reactions by the sector

At COEXPHAL, its manager, Luis Miguel Fernández, acknowledges the uncertainty as to how the agrifood chain will perform after Covid-19. “Demand and the shopping habits by end consumers irredeemably determine the functioning of the chain for perishable goods. Insofar as consumer behaviour changes, whether in the frequency of shopping, the points of sale, the packaging, etc., the chain will successfully adapt, I am certain,” he states.

Regarding produce handling, the trend is moving towards a greater commitment to preparation on the farms, according to Góngora, who recalls that there are already many customers who have realised that it is perfectly normal for produce to be on offer in different shapes and sizes, which does not affect their quality. To date, courgettes and vine tomatoes are at the head in preparation at the greenhouses and this idea is beginning to catch on for peppers and ecological cucumbers, whilst there are also cooperatives that ask their trustworthy farmers to deliver certain products to them such as plum tomatoes already prepared, as well as other produce where it will not be difficult to adapt them, such as watermelons and melons.

Inputs and plastics for containers

The fields expect that, in the short and medium term, the prices will drop of some of the most important inputs, such as fertilisers and plastics, both for their use in containers and for the greenhouses, as a result of the drop in oil consumption and the subsequent drop in price. Plastic, which in recent times has been demonised, with the idea that it had to be done away with, has stopped being the Public Enemy No. 1 in the agrifood sector. Consumers and large distributors have changed their priorities and along with this, their perception regarding this oil-based product, the widespread use of which for packaging is being applauded at present as it offers greater health safety for end customers.

The change in consumer spending power

From the consumers’ point of view, the future situation will be determined by how their spending power ends up, once the economy is restarted and the reduction in the GDP and the increase in unemployment have to be buffered, as well as the State Debt. To date, only a small part of the population bought food giving priority to aspects other than the price, and we will have to wait and see how people will react from now onwards, when it has been seen that health, hygiene and food safety are fundamental. However, each person will decide within the range that their pockets allow and at COAG they believe that most people will have no other option than buying according to the price; more so, with the existing perception that if something is on the supermarket shelves it means that “it is safe to eat.”

The chairman of the Union of Consumers of Andalusia (UCA), Juan Moreno, affirms that the trauma experienced by the health alert will have consequences in shopping and eating habits. “Over this period, we have had time to think and plan our shopping trips and we have started to see what is basic and what is superfluous; in the future, we will be discerning consumers, with more criteria, more aware and intelligent,” he points out.

If Moreno had to emphasise a significant change due to this crisis situation “it would be the important increase of online food shopping, which to date was anecdotic, but that from now on will grow significantly, and that has come to stay.” Another trend that is on the rise that he has noticed lies in “the valuation and appreciation of fresh food, where the demand could rise”, he adds.

The future behaviour of the markets is unforeseeable. The agricultural businesses acknowledge that when previously they experienced substantial changes over a month, now these changes take place in just 24 hours, regarding requests and demands made by the international distribution chains.

For the general secretary of the Spanish Association of Distributors, Self-Service Stores and Supermarkets (ASEDAS), Felipe Medina, the sector as a whole, producers, cooperatives, industry, transport, distribution, etc., has been an example of reaction capacity when faced with unprecedented changes in consumption, which have occurred both in terms of the demand and of the speed in which they have happened.

“The efficiency of the chain, which has a highly advanced logistics system, has been the reason that we have been able to respond to society, in just the way it has asked us,” he affirms. Medina acknowledges that this crisis “has shown us that collaboration between the links is the best guarantee for offering consumers what they ask for at all times. When consumption goes completely back to normal, we must continue to opt for dialogue to improve, amongst other things, a chain where everyone is strengthened and where the focus towards consumer service is taken very seriously.”

In order to ride out this crisis better, the role played by technology has been essential. From now onwards, it is expected that the advance of digitalisation will be even faster, and its applications will be key tools to optimise the functioning of the chain even more.

PrevAir freight prices are tripling by the week
In depth: Ricardo Menoyo, CEO of AgroatlasNext
YOU COULD ALSO BE INTERESTED IN