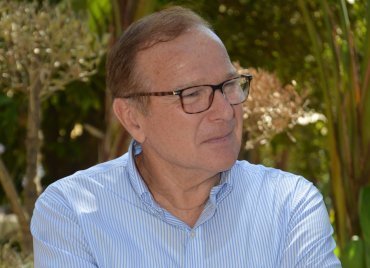 “Some people are diverting attention away from their own incapacity, blaming Morocco”

During the protests by #AgricultoresAlLímite, the entry of produce from third countries to Spain, as well Spanish companies operating in Morocco, were harshly criticised. At Fruit Today, we wanted to see the other side of the question and we talked to Agroatlas, a company specialising in green beans, located in Agadir, through its subsidiary Nature Growers. Between 2014-2017, the company grew by 128%, and it has just signed an agreement with the Santander Smart Fund, which will provide funding of 3 million Euros for its expansion plans.

‘Unfair competition’ by third parties is often criticised. What would you say to them?

Talking just about the large companies exporting from Morocco which work with supermarkets, I would say that, either there is an enormous ignorance about how the farming system works in Morocco, or plain malice, telling lies that when they are repeated enough seem to be true, all because some people want to divert attention away from their incapacity by blaming third parties. Let’s see, what is understood by unfair competition? They talk to us about three subjects: labour, food safety and customs controls.

LABOUR. The companies that we work with for the supermarkets ask us for the same requirements as any other European company. We pay Social Security (the CNSS – National Social Security Fund) and they all receive their pay cheques and legally set wages; we even pay a little over the wages set by the law. It is true that wages are much lower (in line with the country’s cost of living) but we abide by the law. Last year we received 11 visits and controls from different work inspectors. For example, we have passed, with flying colours, the social audits SMETA and BSCI.

PRODUCT. Each lorry passes a Government agent control for exports. We have numerous certificates (Grasp, BRC, IFS Food, IFS Broker) and the latest GLOBAL GAP, an organisation that actually came forward to carry out an audit, which we passed with a high score.

Last year we spent over € 60,000 on product analyses at the beginning, middle and end of each cycle. This makes us not only respect the European MRLs, but in the case of some supermarkets, we are working at 50% of the MRLs.

CUSTOMS. It is said that there are no controls, but the truth is that in addition to the controls in Morocco, we have the Health control at the Spanish customs, where they compare and control the products that are carried in each lorry. To say otherwise implies either ignorance of how these things work, or an attempt to deceive people on purpose by telling lies in order to not have to acknowledge their own problems.

Could you give me a brief rundown of your company’s background?’

After working for over 25 years in the sector, I decided to set up on my own. The idea was to form a marketing company to cover the ends of the chain. Our premium produce are French beans and we needed many hectares, a great deal of labour and reasonable prices to be able to compete with other producing countries. We found some farms in Agadir (Morocco) and we founded Nature Growers (100% belonging to our family). We currently have 12 people working in Agroatlas in the administration department and 2,000 in Nature Growers, reaching 3,000 at the peaks of the campaign.

What volume do you produce and market?

This year we estimate ending with a production of 12 million kilos; 85% are French beans. Every day we prepare over 150,000 bags of beans, from 50 g. to 800 g. (80% comes from our own production, the rest are from annual agreements with local producers at set prices.) For the next campaign we will have 500 ha in Agadir and its surrounding area. We have several investments in progress, such as the plantation of 91 ha of biological green beans.

What percentage of your volume is exported and how much stays in Spain?

Our production only enters Spain through Mercadona. The rest goes directly to supermarkets such as Albert Heijn, Delaizhe, Coop Suiza, Tesco, Kaufland, Lidl UK, Aldi, Asda, Coop, the Nordic Countries and others. The next challenge is to reach countries outside the EU.

In Spain green bean production has virtually disappeared. Do you think this situation could be reversed?

Small retailers could be supplied from Almeria, but, for example, it would be impossible to reach the large supermarket chains. French beans are in the hands of large companies from Holland, France, Egypt and Moroccan, with low prices. To compete, you have to be in their growing regions, both due to the quantity of hectares and to the amount and price of labour.

Are there facilities for creating companies in Morocco?

Yes. It is relatively easy. The bureaucracy is similar to the red tape in Spain. You don’t have to have a local partner, as many believe. The most difficult part is instilling the spirit of organisation and following of regulations that have to happen in a company. Then, there are cultural subjects and habits, which are adapted to, little by little. A point that I was very clear about when I started this enterprise is that I couldn’t try to change people. I am the person who is going to a different country.