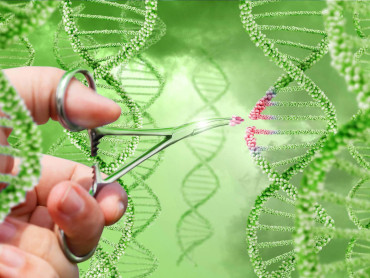 The European Commission has presented a study about the new genomic techniques (NGT) and once again it proposes a vitally important debate for European agriculture.

The study shows that the NGTs, techniques for editing an organism’s genome, have great potential to contribute to a more sustainable food system and they converge with the goals of the European Green Deal and the ‘From Farm to Fork’ Strategy’.

The study shows that the legislation in force for Genetically Modified Organisms, adopted two decades ago, is not suited to today’s reality. At that time, the new technology that we have today did not exist, (called genome editing techniques), and that must not be confused with Genetically Modified Organisms (GMO). For this reason, and owing to the importance for Europe in relation to this latest advance, the Commission is starting up an open consulting process to debate a new legal framework that covers these recently-discovered technologies.

The Commissioner for Health and Food Safety, Stella Kyriakides explained “the study concludes that the new genomic techniques can promote the sustainability of agricultural production, in line with the goals of our ‘From Farm to Fork’ strategy. With the safety of both consumers and the environment as the guiding principle, we must keep an open dialogue with citizens, Member States and the European Parliament to come to a joint decision about the path to follow regarding the use of these biotechnologies in the European Union”.

Swift evolution in other countries

The NGTs or CRISPR-Cas9, are techniques to modify the genome of an organism developed after 2001 (when the Union legislation on GMOs was adopted) and they have been evolving very swiftly in many parts of the world over the past two decades. Some applications have already been put on the market by some of the EU’s trading partners, whilst in Europe the question is still in its infancy, after the clamp down implied by the sentence passed by the top European Court in 2018.

The study concluded that:

Products obtained by using NGTs can potentially contribute to sustaining plant food systems that have greater resistance to disease, to environmental conditions and to the effects of climate change. Additionally, the products can benefit from greater nutritional qualities, such as containing healthier fatty acids, as well as requiring less agricultural inputs.

Regarding their food safety and environmental impact, the publication concludes that “fruit and vegetables produced using NGTs are as safe for human and animal health as plants that are improved using conventional means.”

Furthermore, on the legislative side, the document highlights the need to adapt the legislation in force to the scientific and technological advances in order to allow NGTs to be differentiated from other techniques and not lead to mistakes being made.

At Anove, (Asociación Nacional de Obtentores Vegetales), they have applauded the news: “We welcome the study on genomic techniques, and we hope that it will be the start of a debate on these vegetable improvement methods and how they will contribute to the future of sustainable agriculture,” they stated on their social media accounts.

The study will be debated with the EU ministers at the Council of Agriculture and Fisheries meeting planned for May. The Commission will also debate the conclusions from this study with the European Parliament and all the interested parties. Over the next few months, an impact evaluation will be carried out, which will include a public consultation aimed at examining the policy options relative to the regulation of plants obtained using certain NGTs.