The mirage of water 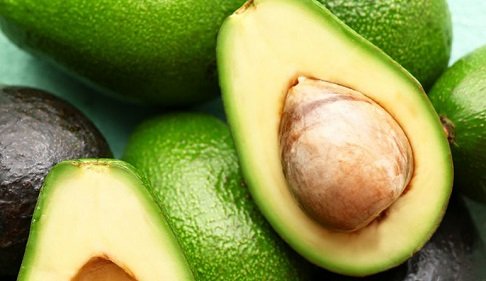 How will the construction of the Béznar and Rules pipelines affect the sector? Will the water finally reach the fields after years of waiting?

On the 28th of January, the Minister for Agriculture, Fisheries and Foodstuffs, Luis Planas, announced the Government’s commitment to developing the necessary projects to take the water from the Béznar and Rules reservoirs to the irrigation area of the Costa Tropical of Granada.

Following the publication of the environmental impact statement for this work, the drafting of the construction projects may now be tackled. The first is a 15-km pipeline “to be used for both the water supply and for irrigation”, according to the communication by the Ministry of Agriculture, Fisheries and Foodstuffs. The drafting has already been put out to tender by Acuaes. The planned investment will be around 50 million euros.

A priori, it is good news for the sector. However, it seems that all that glitters is not gold. José Manuel Fernández Medina, a member of the management board of the Association of Tropical Fruit and chairman of the Central Board of Users of Río Verde, affirms that “it does not affect the farmers because it is a part of the common stretch that will be implemented. It affects the water supply to Motril. We are going to continue with the instability that we have had up to now.”

“In the pact signed in 2015 by the different political parties, the implementation calendar gave priority to detail No.9 (which is going to be dealt with now) and No. 3, which concerns the agricultural part (right bank of the Gaudalfeo, part of Almuñecar, La Herradura, Otívar…), but we know nothing about this.” From the Central Board of Users and the Spanish Association of Tropical Fruit they have requested an appointment with the Government Sub-Delegation and the Agricultural Delegation in order for an explanation to be given about what is happening with the abovementioned detail No. 3.

“The sectors’ situation is dramatic. The average rainfall is 560 l/year and so far we haven’t had even half of that. The aquifer of the Río Verde is nearly empty. In October and November there were wells that were not giving water. Summer is almost upon us and we do not know what is going to happen; we aren’t going to be able to cover this season. If it doesn’t rain this spring, we will have to use bottles to irrigate, “ José Manuel Fernández complained.

This shortage brings an extra cost with it. The cost for lifting water out of wells goes from 0.20-77€/m3, depending on the areas. “In neighbouring regions they haven’t had to pay anything for many years and when they did have to, they paid 3 cents,” Fernández protests.

In spite of the supply problems, farmers have specialised in tropical fruit crops, optimising the water to the full, and they are obtaining yield and quality, but they watch impotently as the sizes drop, along with the profitability.

“Many farms within the irrigation areas have no production, or low production due to the lack of water. If we could obtain maximum yield, the region’s current unemployment could be assumed,” he affirms. Will it become a reality in the near future or will it continue to be a mirage? The businessmen give their opinions.

When they are up and working, it will mean an incredible revaluation for the region and the sector because, without any doubt, we have one of the best climates in Europe for tropical fruits and commercially we are giants, but we need a strategy and a plan for employment from the Public Administration. Right now, crops are being cultivated in areas such as Seville, which goes against nature. On the other hand, Morocco is on the rise, but it is more of an ally than a rival for the Spanish sector. It is a complementary region. If Spain doesn’t carry on growing, obviously it could eat us up.

“A boost for the cooperative model”

It is magnificent, long-awaited news. The region is going to resolve two deficits: availability of water and a firm development of a cooperative marketing model for avocados and mangos. It is going to allow the agricultural and economic development of a very broad area of the coast, mainly with avocado crops, and to a lesser extent, mangos. Trops is very well prepared for this with two handling centres on la Costa de Granada and establishing alliances with related companies.

Morocco is growing very significantly and it means a clear threat to the Spanish avocado producing sector, since it is not at all clear how the Moroccan fruit is sold on Spanish markets and in the rest of Europe.

We need fewer visits and photos by politicians. Instead of this, they should do what they have to do, their jobs. We don’t want promises that fall on deaf ears and less so with the situation we are in. The tourism sector is dead and agriculture is the only one that is working. They should commit to it.

Employment, the surface area and productivity could all increase a great deal when we have more water for our crops.

“The green map is extending”

On the mainland, the main production area continues to be in La Axarquía and Costa de Granada, although the “green map” is extending to Huelva, Cadiz and Valencia. The European demand requires different producers to guarantee the supply 12 months of the year; therefore, Morocco is occupying its own place. It has been producing and exporting avocados on the market for some years now, but it is still a “new” source that has to improve processes, mainly in the post-harvest phase. The Spanish avocado is a brand that we must cosset, look after and preserve. In this new setting, water is essential. New public and private formulas are always received with optimism.

PrevGood end of campaign prospects
Future: demand and varietiesNext
YOU COULD ALSO BE INTERESTED IN