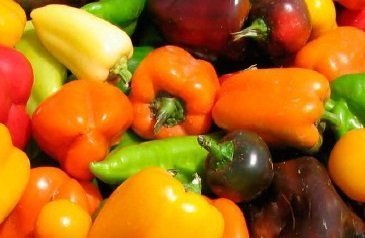 In the vegetable segment, peppers are the second in value, after tomatoes. But for the past two years this trend has been dropping. The prices (at source) are not what they were, as could be seen during this winter campaign, with reductions of up to 50% in California peppers at certain times. A situation that is keeping the sector alert and that is causing evident concern. In order to look for alternatives, the seed companies are endeavouring to seek out the best possible profitability, particularly in the case of the star typology, the California pepper, and, on the other hand, many of them are opting for developing specialities that will set them apart and, in some cases, they are climbing on the bandwagon of a conical pepper that is increasing in volume, campaign after campaign, thanks to the ‘Palermo’ effect.

With 9% of the total surface area of pepper crops, conical peppers are the segment that is growing the most at present on a European scale. The figures show this: in 2017 its retail sales were 18.8% in the Netherlands (this is the market that has grown most, adding 6.2% since 2013), almost 15% in Germany and 6.1% in the United kingdom (according to data from IRI, Kantar and GfK Germany).

Rijk Zwaan is the reference in this area. The company’s Sweet Palermo pepper formed a new category and gave a renewed boost to the sector. Currently, it is the brand that is most recognised in long sweet conical peppers, taking up 6% of the total pepper production in Almeria and growing throughout south-eastern Spain according to José Luis Ruipérez, a specialist in pepper growing from the company. Its versatility allowed cooking possibilities to be extended and proposed raw eating as an alternative to traditional cooking options. At present, there are four colours of Palermo available (red, yellow, orange and chocolate), with sweetness as their common denominator. Possibilities are continually being added through packaging with a compostable bag option, and they have promoted online sales for retailers through the web sites of the Palermo Originals partners.

Also in conical peppers, Enza Zaden and its subsidiary Vitalis stand out due to the push they have given to this typology, particularly in the case of the snack format, where they are leaders and have the widest range in long conical peppers by variety of sizes in the 3 colours, something that is “unique at the moment”, sources from the company affirm. In total, they have 21 commercial varieties available for mini, and around a dozen for long peppers, with maximum resistance to TMW. Therefore, under the trade mark Tribelli Triple Sweet they offer materials for all sowing dates, with different sizes and weights (mini or snack formats and different length measurements), in four colours.

Other companies such as Zeraim & Syngenta have also got the ball rolling and are working on developing conical varieties both for Italian and Kapia and in a few years’ time they will have commercial varieties available, with resistance packages similar to those of the California range.

The California pepper maintains its status with around 8,000 hectares of crops in Almeria alone, according to the breeders. In this segment, Zeraim&Syngenta have a great deal to say. The companies lead the sales and already have 17 extra resistant (to powdery mildew and nematodes) materials available on the market. A trend that is being followed by other seed companies to obtain harvests with greater vegetable health, yield and greater safety in bio crops. Also in this context, Zeraim, along with Syngenta, is the leader with 30,000 tonnes of ecological peppers or, in other words, almost 50% of the bio crop in Almeria and Murcia. But the Zeraim-Syngenta partnership is not the only case. In general, all the breeders have (or are about to have) materials with the aforementioned resistances, as may be seen in the successive reports in this Pepper Special. Looking to the future, the next generation of peppers will be resistant to insects (white fly, trips, aphids), according to Diego Diaz, head of Pepper Produce at Zeraim & Syngenta, but “we will have to wait a few years” to see the first commercial varieties.

The Lamuyo continues to hold its second place in production (between 850-900 hectares). Seminis has been growing Brito and Baquero, leaders in the autumn segment for several years now and HM.CLAUSE has recently launched its first Lamuyo, Nukka. Although the typology leads national consumption, in Europe it has yet to peak; they prefer California peppers and even here, the consumer purchase model, which is closely linked to the supermarkets, means a certain movement in favour of other categories may be foreseen.