The Peruvian boom: exporting to the world 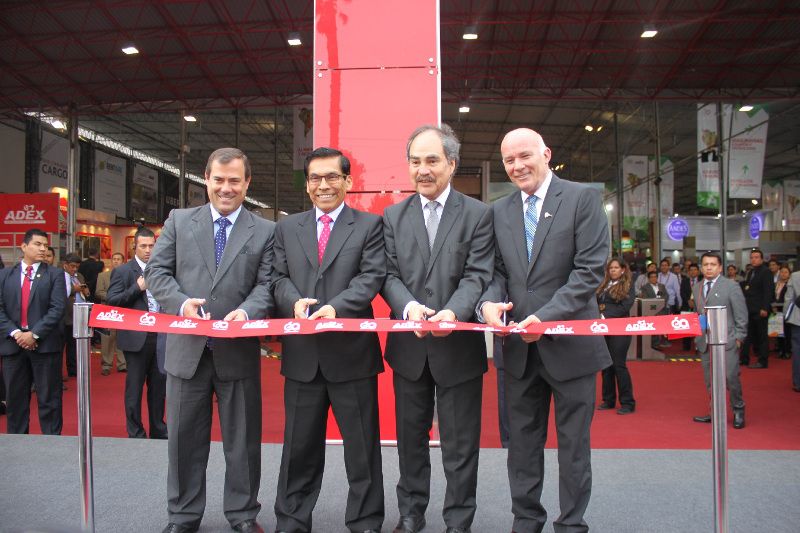 Peru’s agrifood industry has started off an unprecedented success story, based on important governmental involvement.

The sector is deemed to be an important development factor. Additionally, the country has endless possibilities in terms of climate and soil.

Proof of this disposition are some of the events held in its capital city, Lima, an example of which was the trade fair, Expoalimentaria 2016, organised under the auspices of ADEX (Exporters’ Association). Fruit Today euromagazine had the chance to see, in situ, how the Peruvian agrifood industry is growing at a dizzying rate. During our stay we visited, as well as the event itself, some of the most emblematic companies in the fruit and vegetable growing sector: Agrícola Don Ricardo, Vivero Los Viñedos and Fundo San Fernando.

Exports from Peru to the world in 2015

Grapes. Grape exports overall represented 696 million dollars in 2015. The drop in their price worldwide was shown by a 15% increase in exported volume. The main destinations were the United States, Holland, China, Hong Kong and the United Kingdom. The first two countries mentioned alone make up 42% of the market share.

Avocados. This fruit recorded a 5% growth compared to 2014 and it reached a value of 335.2 million dollars on the market. The main export destinations are Holland, the United States, Spain, the United Kingdom and Chile. The first two destinations mean 62% of the exports, and Holland also maintained a 21% growth.

Bananas. This produce reached 147 million dollars, with a 22% growth compared to 2014, and with the United States, Holland and Germany as the main purchasers.

Blueberries. This produce recorded the most spectacular growth in invoicing with a 221% increase, reaching 97.5 million dollars. Once again, the United States was the main destination, followed by Holland, with a 28% share, and the United Kingdom with 13%.

Vegetables. Under this heading, the invoicing by Peruvian companies grew by 2% overall and reached 1,133 million dollars. However, this is not reflected in the exported volume, which dropped by 5%.

Asparagus. The invoicing in this category grew to 586.3 million dollars. The American market share reached 52%, with a 12% growth.

Peppers. This vegetable recorded the best behaviour in terms of revenue, reaching 250.3 million dollars, with a 10% increase compared to the previous season.

Artichokes. They dropped by 5% both in value and in volume, and reached an invoicing of 120.2 million dollars and 43.2 million tonnes. The United States receives 73% of the produce, followed by Spain, with 14% and a 6% drop.

Onions. This category also recorded a 4% drop and reached an invoicing of 63.076 million dollars.

PrevThe Stars will shine again in 2017
On the supermarket shelves, all year longNext
YOU COULD ALSO BE INTERESTED IN