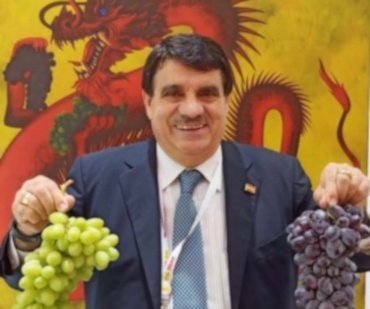 The situation was already delicate for Spanish stone fruit productions before the current campaign started, and now, with the health crisis we are all suffering from, it has become even more uncertain.

Antonio Caballero, manager of Frutas Torero, admits to not having enough confidence in the current season. “The sector was already experiencing a permanent situation of insecurity derived from repeated bad results and now, with the global health alert, the situation could become even more difficult.”

“The truth is that markets such as Covent Garden or Rungis, or the catering sector itself are not working and this is affecting many companies from the sector because the stone fruit sector is all a chain. The supermarket shelves are something else, but we don’t know what the level of acceptance stone fruit will have in these special circumstances,” the exporter explains.

Murcia is about to start its stone fruit harvest in a few days’ time. A harvest which, as has become normal over the past four years, is occurring two weeks early compared to the calendar. Climate change is making itself felt all over the planet. From the town of Abarán in Murcia, the executive explains that, over the years, the harvest has been moving forward: “what we used to harvest at the end of April, we now collect in mid-March. We have taken it as normal by now, but we should remember that it wasn’t always like this.”

The availability of water in the area has the same effects as climate change, as it is not plentiful and irrigation costs are much higher than in other regions. “Murcia puts early varieties on the market and obviously this fact gives us an advantage on the markets, but our production costs are higher than in Catalonia or Extremadura. In any event, these earlier productions are more risky from a commercial point of view because the weather at the destinations is always more unstable and we all know how good weather is essential to boost consumption.”

Moreover, the region’s variety conversion has concentrated more on apricots, replacing the more traditional ones with others that are redder in colour, as well as flat peaches, where the UFO 3 and 4 are being changed for fruit with greater pistilar closing.

However, the situation is very delicate for farmers and, after three devastating campaigns, the current situation is not encouraging for investments that take years to come to fruition. Quite the opposite: despondency and divestment are obvious in the sector.

“We need a profitable year, we have had too many campaigns losing or simply breaking even. The expectations are so low that, personally, I myself will be satisfied if the season doesn’t turn out bad. Today, more than ever, we are going to depend on the situation of the European market.”

What seems quite apparent is that the current campaign will have a smaller volume of fruit due to the changeover to grapes and citrus fruits, but Spanish productions might be able to take advantage over Italian produce due to the heavy frosts that fell on Italian soil during week 13.

Although Frutas Torero has historically relied on an important business relationship with the United Kingdom, Caballero explains that “once Brexit has become a reality, I think that we won’t have to worry about this market failing us, because the disadvantages might be greater for the British people and I could use what has happened in Russia as an example, where the price of fruit is now much more expensive.”

Business concerns, however, have been moved to other more distant destinations such as Asia, due to the increase in the cost of freighting, both by sea and air, but particularly due to the important restrictions on any type of transport.