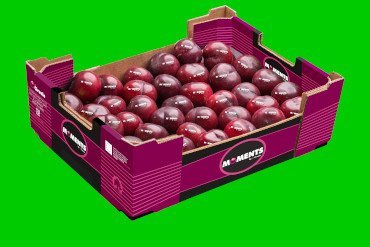 The weather conditions, with only a few cold hours this winter, will affect the volumes of this fruit, although other stone fruit will remain stable.

While the grape import campaign from South Africa, Peru and Chile continues, and adaptations are being made to the new conditions and rhythms imposed by the Covid-19 crisis, at the El Ciruelo Group the latest national stone fruit season has started, this year a week early. The largest volumes will start being harvested from the 15-20th of April. In general, the forecasts are similar to last year’s: around 45,000 tonnes of stone fruit on 1,200 hectares of their own production, except in the case of apricots. The CEO, José Velasco, calculates that the harvest will have around 30-40% less volume because the hours of cold have been “quite scarce” this winter.

The company from Murcia continues to consolidate its ‘Moments by Ciruelo’ brand, an umbrella that brings together varieties that show an appreciable differential as regards flavour and colour. “We are carrying out a gradual positioning task. In stone fruit, we will have produce under this brand from the end of May until the beginning of August, mainly with sub-acidic materials,” explains Velasco.

The range is still extending thanks to a continued selection, consisting in seeking out the best variety for each time slot on the calendar. “It is a world that never stops, and it is increasingly more difficult to find materials because there are already very good varieties on the market. The plant breeders are doing a really good job,” according to El Ciruelo’s CEO.

There is also the case of the ‘Moments by Ciruelo’ grape. Velasco advances that the window is becoming larger all the time. At present they are available from the 20th of June to the end of September, using national production alone.

In another area, packaging, the company is preparing new container format using cardboard that will be launched nationally during this campaign, for both stone fruit and grapes.